Men have a ticking biological clock too, says study

by ToP
in Birth control
0 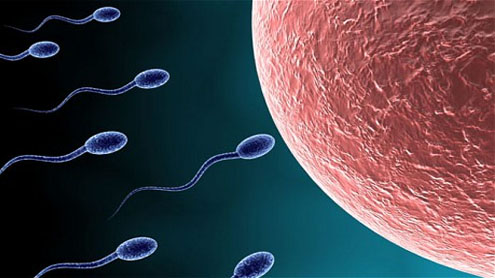 It’s not just women who have a ticking biological clock, according to a study that has found the chances of men fathering children fall with every passing year once they reach middle age.

Analysis of patients at an infertility clinic found that the chances of a man getting his wife pregnant dropped by 7 per cent each year between the ages of 41 and 45, reducing even more sharply among older men.The quality of the husband’s sperm was also found to deteriorate with time.Until now the pressure has been on women to start a family before they turn 40, when the chances of them getting pregnant naturally or artificially start to decline sharply as their reserves of eggs run low and their quality declines.

But experts say that men should not leave it too late either if they want to be sure of having children.Lead researcher Dr Paula Fettback, of the Huntingdon Reproductive Medicine Centre in Brazil, said: “Of course it’s not the same as for women, but men can’t wait for ever. After 45 if they haven’t, they have to start thinking about having children.”In the study, presented this week at the annual conference of the American Society for Reproductive Medicine in Florida, she analysed the outcome of 570 IVF treatments carried out at her clinic between March 2008 and April this year.

To make sure that the age of the woman did not skew the study, only cases where eggs were donated by young healthy women were included.The results showed that the age of men in the group that did not conceive was “significantly higher” than among those who were able to have a baby.Further analysis found that when the husband was 41, the couple had a 60 per cent chance of getting pregnant.”Our regression analysis also showed that every additional year on husband’s age may reduce the odds of pregnancy in 7 per cent.”

By age 45 the chances were said to be down to 35 per cent, and dropped more sharply thereafter.In addition, the morphology or shape of the sperm was better in the pregnant group.Dr Fettback said: “The contribution of female age on human reproduction is well known however the contribution of male age is not well understood.”As a growing number of men are choosing to father children at older ages, comprehending the impact of male age and sperm quality has become incredibly important in public health.”Separate research in mice, presented at the same meeting, showed that only a 35 per cent of those who were “middle-aged” impregnated females, down from three-quarters among younger males. Many of the pregnancies in older mice also led to miscarriage.

Charles Kingsland, a consultant gynaecologist at Liverpool Women’s Hospital who is a leading member of the British Fertility Society, said the Brazilian study should be treated with caution as it was small and carried out retrospectively.He added that men produce fresh sperm every day, compared with women who are born with a lifetime supply of eggs, but their quality could be damaged by unhealthy diet, smoking or obesity.”There are lots of advantages to being a younger father, first and foremost you have more energy, but being an older father does confer certain advantages such as stability, wisdom and maybe a bit more financial security.” – Thetelegraph