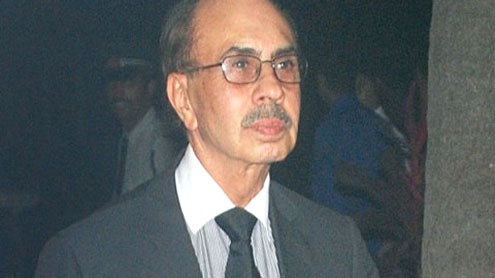 Godrej, the Indian consumer goods group, plans to establish operations in Pakistan and Myanmar, in a sign of deepening trade between India and two of its largest neighbours.

Adi Godrej, the billionaire head of the Godrej conglomerate, told the Financial Times that his 115-year-old group, which had revenues of Rs185bn ($3.3bn) in 2011, will begin exporting to Pakistan this year.“We will be setting up businesses before the end of the calendar year in Pakistan,” Mr Godrej said. “Pakistan is the sixth largest country in the world in terms of population, so the opportunity is reasonably good.” The move is one of the most prominent signs of increased trade between the two nuclear-armed states, and follows a wider rapprochement that included a visit by Asif Ali Zardari, Pakistan’s president, to New Delhi earlier this year. Last month, Pakistani tycoon Mian Mohammad Mansha told the FT he was looking to expand his.

The move by Mr Godrej’s family-controlled group, which includes four listed entities and more than a dozen private subsidiaries with interests ranging from real estate to industrial engineering, is part of an expansion aimed at increasing revenues to $33bn over the next decade.Legal changes agreed between the two countries earlier this year allowed the export of certain products from India into Pakistan. Although direct investments are not yet permitted, Mr Godrej says he anticipates this being allowed in the near future.

Godrej is the world’s largest producer of packaged hair dye, and has a number of non-listed joint ventures with prominent western businesses including Godrej Hershey with the US confectioner and Godrej Tyson with the American meat processor.

Its plans to invest directly in later this year come amid growing interest from foreign groups following economic and political reforms and on the south-east Asian country.“In Myanmar we are looking to establish both our agri and consumer businesses,” Mr Godrej said. Godrej Agrovet, the group’s agribusiness division, had revenues of Rs24bn in the last financial year.Large Indian industrial conglomerates, including the $83bn Tata group, are examining ways to expand their operations into Pakistan and Myanmar.

Mr Godrej, who is also president of the Confederation of Indian Industry, led a delegation of more than 40 Indian business leaders on a trip to Pakistan in May as part of broader attempts to increase bilateral trade, which totalled less than $2bn last year according to figures from India’s commerce ministry.“Businessmen on both sides of the border have been very keen to find ways to explore each other’s markets, first through exports and then directly,” said Rajiv Kumar of the Federation of Indian Chambers of Commerce and Industry. “The fact that Godrej plan to do this is a significant step forward.“India has announced that they will admit Pakistani investment and have afforded Pakistan most favoured nation status, but Pakistan has been blowing hot and cold on this.” – TOP