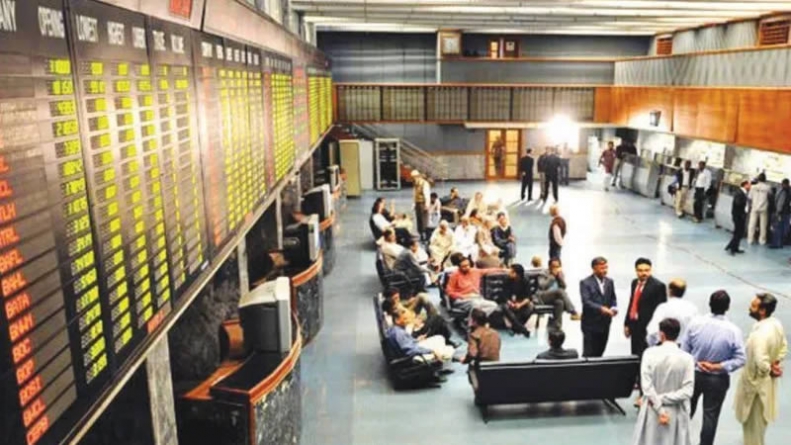 The Pakistan Stock Exchange (PSX) has made a sharp turnaround from being the worst-performing market in the recent past to the world’s best performing market, indicating the revival of investor confidence in the country’s economy.

“With the 36% surge, Pakistan’s benchmark index is the number one as per Bloomberg in (the) last three months,” remarked Topline Securities CEO Muhammad Sohail before investors restored to profit-selling and pulled the index down on Tuesday.

Adviser to Prime Minister on Finance and Revenue Dr Abdul Hafeez Shaikh said on his twitter handle on Sunday (Dec 1) that the benchmark index gave the highest return in November after a gap of six and a half years.

“The KSE-100 index was up 14.9% in November 2019, the highest one-month return after May 2013,” he said in the tweet. “The strong rally in the stock market shows increasing investor confidence in the stabilisation measures taken by the government.” Market capitalisation surged over 25%, or Rs1.54 trillion, in the past three months to Rs7.62 trillion on Monday compared to Rs6.08 trillion on September 1.

He recalled that the smart rally began in mid-August when the stock market, standing at a five-year low, attracted investors to make renewed buying. The index had nosedived to 28,765 points by August 16.

“Share prices of some of the stocks have gained up to 200% in different sectors, including oil marketing companies (OMCs) and cement, in the past three months,” he said.

Other stocks, which played the leading role in supporting the rally, were from the pharmaceutical, chemical and banking sectors.

The first good news, which pushed investors to resort to heavy buying, was the government notification for a three-year extension in service of the current chief of army staff about three months ago.

Later, the International Monetary Fund (IMF) expressed satisfaction over the structural reforms undertaken to fix the faltering economy in its first economic review in November following the approval of a $6-billion loan programme for Pakistan in July.

November was also the month when State Bank reported a current account surplus after a gap of four years and tax collection and the number of tax return filers went up.

Such positive news sparked a stock buying euphoria as the investors continued to make extensive buying. Accordingly, the market saw a small rally with gains of over 10,000 points in the past three months.

The market also enthusiastically welcomed a report of Moody’s Investors Service which upgraded Pakistan’s credit rating outlook to B3 stable from negative on Monday (Dec 2). The US-based global credit rating agency had downgraded the outlook to negative about 18 months ago in June 2018. Foreign investors, however, remained net sellers of stocks worth $5.73 million in the three months under review, according to the National Clearing Company of Pakistan Limited (NCCPL).

“It remains uncertain whether investors will continue to sell stocks tomorrow (Wednesday) onwards or they will return to the buying counters,” Aslam said.

This author has not added a biography. Meanwhile Top has contributed 2026 posts. Click here to view them.