Uncertainty continued in exchange rate markets on Thursday where buyers and sellers were found asking each other about the limit of appreciation of the US dollar, which has risen by 10.5 per cent against the rupee in the last four months touching one-year high. 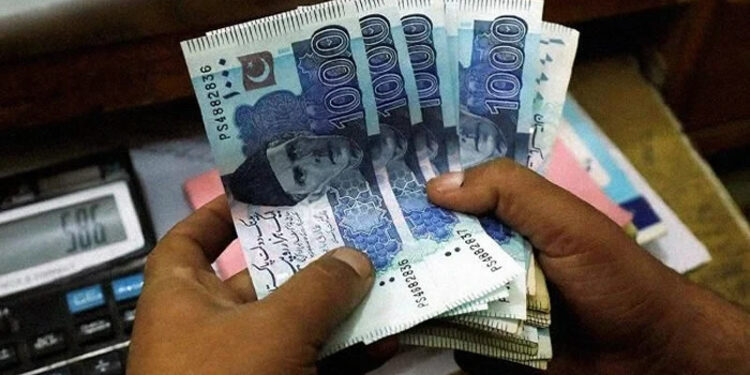 Currency dealers, ex­­perts and analysts have many reasons for the steep fall in the local currency value against the US dollar, but they said there was no intervention from the State Bank of Pakistan (SBP) to stop this devaluation to bring stability.

In the interbank market, the US dollar’s closing rate as provided by the SBP was about Rs167 while bankers said the price remained higher during the session.

Bankers and currency dealers were trying to understand why the rupee has been falling against the US dollar since May as the country’s foreign exchange reserves have grown rapidly with the State Bank of Pakistan’s holdings soaring to an all-time high.

“It may be the widening trade deficit or fear of higher current account deficit in FY22 and increased requirement of US dollars for debt servicing, but right now the exchange rate is not stable,” said a currency dealer in the interbank market.

He said nobody can ascertain the limit of devaluation of the rupee which is alarming as the inflow of high cost of imported goods is creating inflation.

The SBP remains silent over the recent steep fall of the local currency.

SBP Governor Dr. Reza Baqir during the presentation of monetary policy last month made it clear that the current account deficit would be higher than FY21.

He said the deficit would be in the range of 2 to 3pc and the exchange rate would respond to this deficit in the form of appreciation of the US dollar. He also did not identify the limit of devaluation of local currency or the point of stability of exchange rate.

The dollar touched its lowest against the rupee on May 9 when it was traded at Rs151.17. Since then it started moving upward and reached Rs167 on Thursday, just close to the highest price of Rs168.2 in August 2020.

“We are not able to judge where the limit of this devaluation of local currency is, but there are concerns among the stakeholders about this strange exchange rate stability,” said a senior banker.

Currency dealers in the open market were also unable to find the endpoint of this devaluation despite very low turnout in their market.

The demand in an open market is still very low but the dollar got a higher price as it was traded at Rs167.80.

The trade deficit widened by 133pc to $4.05bn in August reflecting mounting pressure on the exchange rate due to higher demand for dollars from the importers.