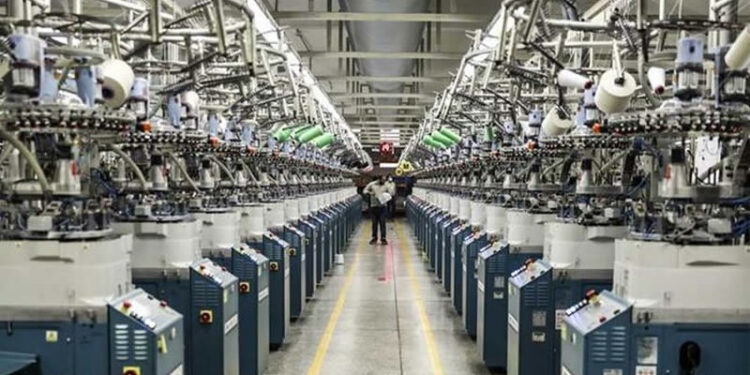 “However, exports of surgical instruments, fish and fish products, cement, tents and canvas, wood and articles of wood decreased during the same period,” he said in a tweet on Monday.

“In terms of geographical area, exports to the US, China, the UK, the Netherlands, Germany and Spain increased while those to Afghanistan, Denmark, South Korea, Indonesia, Singapore, and the Czech Republic decreased during August 2021 as compared to August 2020.”

Union of Small and Medium Enterprises (UNISAME) President Zulfikar Thaver told The Express Tribune that exports of a few textile items had surged owing to the forthcoming Christmas season.

He elaborated that foreign businessmen placed orders for the Christmas season from July-November every year, which helped lift exports.

One major factor which caused a decrease in exports of canvas, tarpaulins and tents, cement, and other commodities was the exorbitant increase in the freight cost.

“In addition, the local demand for cement has soared because of government’s measures aimed at supporting home financing,” he pointed out.

He was of the view that the uptrend in imports would continue until Pakistan curtailed inward shipments of food items, luxury goods, and cars.

Medicines are being imported in massive quantities, therefore, it is important for the government to extend complete support to the pharmaceutical sector to enable it to increase the production of superior types of medicines and medical equipment in Pakistan.

“We need to increase exports of items with GI (Geographical Indication) tag, traditional and non-traditional goods,” he emphasised. “A strategy is needed in this regard.”

Arif Habib Limited economist Sana Tawfik said that the uptick in trade deficit during August was primarily due to the increase in imports of goods.

Although the breakdown of import data was awaited, she was of the view that the import growth was led mainly by machinery, petroleum, and food categories.

“There may be one-off items as well, such as higher vaccine imports,” the analyst said.

Pakistan Businesses Forum Vice President Ahmad Jawad stated that Pakistan recorded its highest-ever trade deficit of $4.2 billion in August 2021, an increase of 144% over the previous year.

He underlined that the country imported merchandise worth billions of dollars every month but it could not bear such a high outflow of foreign exchange.

He stressed that a modest recovery was needed in the Pakistani rupee and the State Bank of Pakistan should take notice of the situation.

“It is clear that the SBP is using exchange rate depreciation as a tool to make imports expensive but so far this mechanism has failed to arrest the rise in imports,” he said.