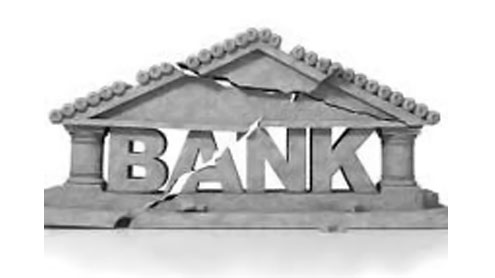 WASHINGTON: Federal and state banking regulators shut down five banks across the country on Friday, bringing the total number of bank failures this year to 22, the Federal Deposit Insurance Corporation said.

Two of the failed banks were in Maryland. The others were located in Minnesota, South Carolina, and California.In Maryland, regulators closed down HarVest Bank of Gaithersburg and Bank of the Eastern Shore in Cambridge. Sonabank in McLean, Va., agreed to take over HarVest Bank, which as of Dec. 31 had $164.3 million in assets and $145.5 million in total deposits.

Altogether, Friday’s bank failures will cost the FDIC’s insurance fund $272.6 million.Despite the fairly large number of failures on Friday, overall, bank failures have slowed considerably since the 2007-2009 financial crisis.Earlier this month, FDIC acting Chairman Martin Gruenberg said his agency expects a total of 50 to 60 banks to be closed this year.In 2010, 157 banks with $92.1 billion in total assets failed while 92 institutions with $34.9 billion in total assets were closed in 2011.Smaller banks, particularly those with less than $1 billion in assets, have made up the majority of closures the past few years. – Yahoonews