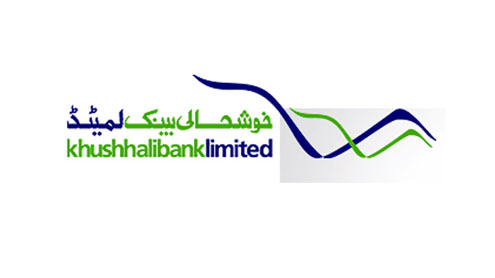 ISLAMABAD:  Khushhalibank, after unsung success story of microfinancing, has worked out new strategy to embark on short and medium term financing in the new fiscal calendar to realize multi-pronged grails of fostering economic activities, supporting the poor and addressing unemployment problem.

The favorable EIU ranking is fast making Pakistan an attractive destination for FDI and “we see greater participation in microfinance Institutions from Investors across the globe”, he pleaded.This bodes well for the microfinance Industry as not only will this create more opportunities for the target market segment but will bring know-how, transparency, competition and protection for clients. The State Bank of Pakistan has in last march amended the prudential regulations to improve access of finance to micro enterprises by allowing Microfinance Bank’s to lend these enterprises with a portfolio exposure of 40 percent and up to a limit of Rupees 500,000.

Denovo vision of the bank regarding short term and medium term financing will pave the course for other institutions towards further turning around the financial and economic fabric on sound rails, he observed.Pakistan has been ranked amongst the top three countries by the Global Microscope on the Microfinance Business Environment 2011, released recently by the Economist Intelligence Unit, a business information arm of the Economist group.

The report assesses and forecasts the political, economic and business conditions across 55 countries and the ranking moves Pakistan two notches up from the previous year to be in league with Peru and Bolivia.The way forward country microfinance strategies, supporting policies and regulatory frameworks will be the core of successful build-up of a financial system and services that work well for the poor and low income households, Ghalib stated.

The process of democratization is giving voice to the less privileged in the society, he observed adding, rise is expression of discontent from all corners of the world as an outcome of policies is being witnessed that lack social and economic equity and do not benefit the majority.Pakistan has been a late starter in terms of recognizing the importance of microfinance but having arrived at the scene had the advantage of reviewing experiences across the globe and to embark upon a path of commercial microfinance in the year 2000 that promotes good governance, sustainability and private sector-driven investment with an overarching policy and regulatory support by the state, he expressed.

The framework sets the right strategic direction going forward and despite having experienced multiple challenges recently in terms of population displacements due to security situation in the northwest part of the country, economic slowdown due to reduced local and foreign investment, energy crises, inflation and environmental hazards like floods and rains the microfinance Industry strives to achieve stability and growth, he maintained.

Financial inclusion an overarching global agenda is pursued through development of appropriate policy and regulatory frameworks, given the specific environment and the country setting. These policies and regulations are evolved and respond to changes in the dynamics of the marketplace, he viewed.The emergence of micro credit, savings and insurance services in various developing countries over the past quarter century indicates that poor clients can be served despite the higher cost of small-scale transaction. Besides, the cost differential of serving poor customers has fallen as advances in information and communications technology is pushing down the costs of these transactions.

In addition to these formal institutions, there are a number of financial services providers, including large non-governmental bodies that are not regulated by the banking or other financial authorities. Pakistan has opted for the specialized Institution model regulated and supervised by the State Bank of Pakistan. Khushhalibank was the first microfinance institution licenced under the framework and has been a catalyst for the development of microfinance in Pakistan.

Ghalib said today it is the largest microfinance institution with depth and spread of outreach across the country. Subsequently, eight more banks have been licenced under the framework all through private sector investment leading to an expansion in clients and services to the low income segment of the country. – Brecorder