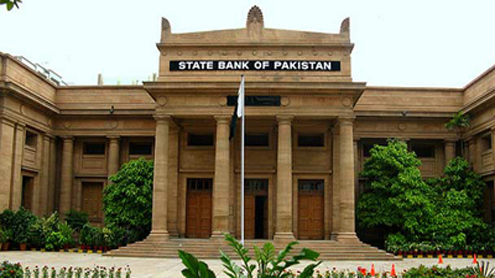 He was responding to a question at 9th Annual Excellence Awards ceremony organized by CFA Society of Pakistan here. The SBP Governor said a large Turkish bank will start its operation in Pakistan soon while another international bank is due shortly.   He pointed out that the country’s foreign exchange reserves have once again increased to over $15 billion. Earlier, speaking at the ceremony, the SBP governor said the fast growing network of branchless banking agents has reached over 26,000 as of March 31, 2012 and total volumes of transactions have increased to 25.3 million, up 23 percent.

Deposits have grown by 18 percent to Rs 594 million.  “This fits well into our Financial Inclusion Strategy.” In fact Central Bank mandates should have an expanded mandate to include those sectors of Financial Exclusion. This adds to overall growth of the economy and women should be an important component to this effort.  He said the CFA curriculum places due emphasis on the code of ethics and professional conduct for financial analysts and investment professionals. With the growing number of chartered financial analysts, the markets are expected to be better-off from their high ethical standards and improved knowledge of the financial markets, instruments and associated risks.

He pointed out that the World Bank’s country review of Pakistan based on OECD Principles on Corporate Governance (Report on Observance of Standards and Codes) rated Pakistan above average on most of the Principles.’ Further, in a survey, the World Bank rated Pakistan as the leader on the robustness of corporate governance standards and practices in South Asia.  On the issue of consumer protection, availability of an effective redressal system adds to the confidence of the financial system and ensures that customers are being served without any discrimination. Consumer protection is primarily based on institutional arrangements that include a formal set of disclosure requirement and addressing grievance mechanisms.

Besides, customers also desire proper handling and maintenance of their accounts, and privacy of their personal financial information. For cost effective and quick redressal, SBP has issued necessary guidelines to the banks regarding complaint handling along with institutionalization of the Banking Mohtasib Pakistan. The State Bank has also taken considerable interest in enhancing the capacity of its own human resource as well as that of the banking sector that is an important element for ensuring the effective implementation of the regulatory requirements.-Brecorder