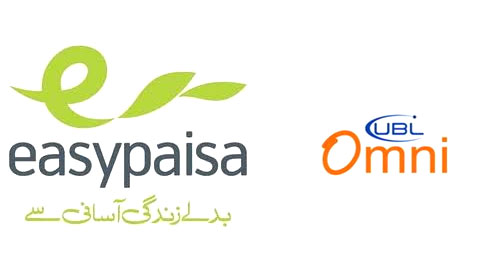 The exponential growth in the four-year old branchless banking sector has surprised many.

And the numbers speak for themselves. Between July 2011 and June 2012, a massive liquidity of Rs339 billion flowed through the BB system in over 90 million transactions, as the SBP data shows.Nearly 1.5 million BB accounts were opened, with an agent footprint of around 30,000 locations, as of June 30, 2012.

These are quite stellar credentials, thanks to the success of Easypaisa, and now Omni. As for the future, there is agreement among the stakeholders that the large-scale adoption of BB services (essentially, mobile financial services) is going to be along-drawn out process. Yet there are some areas which really need some refocusing from the sector regulators as well as the private sector.

Firstly – despite the BB sectors initial promise, the eason to believe, and an enabling regulatory environment – new ventures are missing from the scene. Though Waseela Microfinance Bank is launching its BB service shortly; various other pilots have been underway for quite some time now. They have not been up-scaled so far.

Secondly, financial services like savings, insurance and micro-credit products are still not on offer (from either of the service providers). Hence, transactional services are driving volume and liquidity. Of all the money that flowed through the BB system in FY12, more than two-thirds were meant for funds transfer (bulk of that being agents own transfers) and over a quarter was for bill payments and mobile top-ups.

Thirdly, the establishment of a BB Payment Ecosystem is something which needs to be worked on proactively by all the stakeholders. Savers can be catered through attractive saving deposits rates, but what about the spenders? Attracting the cash to mobile wallets is only half the job done – there have to be more payment avenues through which people can spend and pay for a range of services.

There is some progress on that front, as some vendors have started accepting payment channels like Easypaisa – but this is happening on a small scale. The service providers need to build more institutional relationships to drive more acceptance and usage of this payment option.

However, since a large part of wholesale and retail sector remains undocumented and untaxed, vendors may continue to be reluctant to host the BB payment mechanism. Already, the number of POS terminals in the country is declining, with only 34,879 merchant locations accepting Visa or Master Cards this June end. Government measures that document the economy (the likes of RGST) would greatly benefit the BB sector here.

The idea behind banking beyond branches was to primarily target unbanked and under-banked individuals. But the BB sector has a huge, addressable market in the banked customers, too, who are already using the e-banking channels. A fairly decent BB ecosystem, where there are relevant services as well as vendors offering payments via BB channel can drive huge volumes for the service providers.

The BB sector offers a lot of promise for Pakistans future socioeconomic welfare. It can help financially mainstream the underprivileged, drive small-scale business growth, and assist in documenting much of the informal economy. For that, more service providers must join in and offer a complete suite of financial services, while building a payment ecosystem in the market. – Brecorder