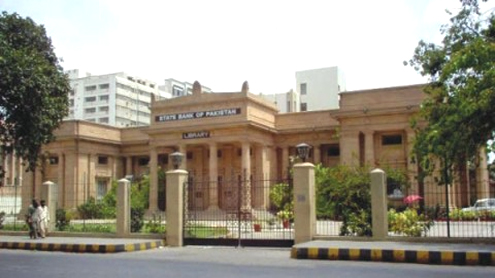 KARACHI: The banks are unlikely to achieve the Rs 315 billion agriculture disbursement target set by the central bank for the current fiscal year.

While the first half of FY13 saw the commercial banks doing well their counterparts in the specialised banks, particularly the Zarai Taraqiati Bank Limited (ZTBL), have seen their lending to the farmers contracting by 7 to 8 percent.The State Bank of Pakistan (SBP) Monday reported that the banks’ disbursement of agriculture loan during July-December FY2012-13 showed an increase of 12 percent or over Rs 15.11 billion on year-on-year (YoY) basis.The regulator said during the period under review the banks were able to extend farm loans worth Rs 140.32 billion to the agriculturists as compared to Rs 125.21 billion they had disbursed during the corresponding months of FY12.

The amount disbursed during the first half shows that the banks, specially the bad-performing specialised ones, were legging far behind the tentative target set by the State Bank for FY13.“It may be pointed out that the State Bank has provisionally set an indicative agricultural credit disbursement target of Rs 315 billion to banks for the current fiscal year,” said the SBP.Supposedly, if the banks lend an amount equal to the farmers during the second half the volume of total agriculture loans disbursed would stand somewhere around Rs 281 billion, still down by Rs 34 billion from the targeted Rs 315 billion.

This possibility turns more likely when it comes to the specialised banks whose disbursement during the first half moved southward.According to central bank, the country’s largest specialised bank, ZTBL, could manage to disburse Rs 19.28 billion during the review period. The amount showed a decline of 8.39 percent when compared with Rs 21.04 billion the bank disbursed during the same period of last fiscal year.The Punjab Provincial Co-operative Bank Limited (PPCBL) also disbursed 7.02 percent less, Rs 3.59 billion, than Rs 3.87 billion it had lent in FY12.

However, the overall credit disbursement by the five major commercial banks, including Allied Bank, Habib Bank, MCB Bank, National Bank of Pakistan and United Bank, were encouraging and stood at Rs 76.04 billion.Last year these banks were able to extend farm loan worth Rs 70.56 billion to the farmers. This registers a growth of Rs 5.47 billion or 7.76 percent YoY.The 14 domestic private banks also loaned a combined amount of Rs 33.16 billion in July-December, 2012 up by 36.84 percent as compared with Rs 24.23 billion disbursed in the same period of the last fiscal year.The five microfinance banks, including Khushhali Bank, NRSP Microfinance Bank, The First Microfinance Bank, Pak Oman Microfinance Bank and Tameer Microfinance Bank disbursed Rs 8.25 billion compared to Rs 5.50 billion they had lent during last year. – PK