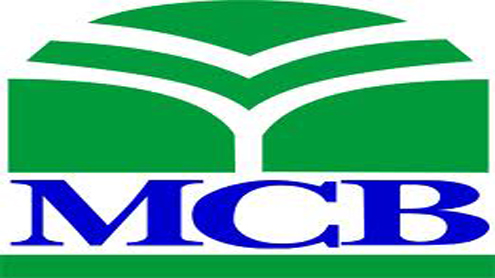 The growth in profitability numbers is reflective of the underlying financial strength of the Bank in demanding operating environment. The Board of Directors of MCB Bank Ltd met under the chairmanship of Mian Mansha reviewed the performance of the Bank and approved the financial statements for the period ended September 30, 2013.

The gross markup income decreased by 7 percent over corresponding period last year that was offset by the lower cost of funds on strategically managed CASA base. The low cost current and savings accounts each growing by 11 percent and 13 percent respectively over December 31, 2012 and taking the total CASA base to an all-time high of 89 percent. The fixed deposit base of the Bank saw a significant reduction of 18 percent in the quarter ended September 30, 2013 to compliment the strategic shift to low cost deposits.

The Bank focused on improving its non-markup income and registered a growth of 23 percent over the corresponding period last year. On the operating expense side, the Bank reported a meager increase of 1 percent in its administrative expense block. This was primarily on the back of synergies attained through centralisation and annual capping for heads of expenses. MCB Bank’s total asset base was reported at Rs 746.525 billion that decreased by 3 percent over December 31, 2012.

Net investments increased by Rs 3.002 billion to Rs 405.071 billion whereas gross advances were reported at Rs 245.257 billion. The NPL base of the Bank further contracted by Rs 626 million in the nine months period ended September 30, 2013. On the liabilities side, the deposit base of Bank registered an increase of 39 billion, translating into 7 percent over December 31, 2012. -Dailytimes

Toothpaste: The Root Cause for the Decline of Muslims — Syed Kamran Hashmi