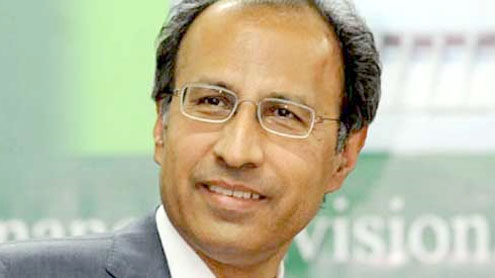 ISLAMABAD: The federal cabinet, has, reportedly, left the implementation of the much delayed business plan of Pakistan Steel Mill (PSM) to mercy of the Finance Ministry, which, in the recent past, failed to release funds as contained in the ‘business plan’ to the national entity, well informed sources told Business Recorder.

The cabinet, in its meeting on April 25, 2012, approved Ministry of Production’s proposals on the affairs of PSM and directed that the Minister for Finance, Dr Hafeez Shaikh, Minister for Production, Anwer Ali Cheema, and the newly-appointed Chief Executive Officer (CEO), PSM, Maj-Gen Muhammad Javed (retd), chalk out modalities of implementation of proposals.“As far as I know, no meeting has been held on this thorny issue between the concerned Ministers and the newly-appointed CEO PSM,” the sources added.

According to official documents, the cabinet was informed that although a comprehensive presentation on the health and the pace of restructuring of PSM was given to the cabinet in its meeting held on 14th December, 2011 no further action has been taken.The cabinet expressed serious concerns over the appalling condition of national mega project and called for immediate remedial measures for the revival of the production capacity utilization to viable levels. The cabinet approved, in principle, a business plan. The Finance Division, after a lapse of considerable time, finally concurred to the Term Sheet on 7th March 2012 without budgetary allocation for service of the mark up of the facility amounting to Rs 6 billion.

According to Ministry of Production, a delay in implementation of the ‘business plan’ has marred the operationalization of Pakistan Steel. The present capacity of the Mills is still below 20% with heavy losses of Rs 50 million per day approximately i.e. Rs 1.5 billion per month. The tax issues and payment of outstanding SSGC bills as envisaged in ‘business plan’ have not yet been resolved. The payment of salaries is being delayed. Hence in the present situation a virtual collapse of PSM operations cannot be ruled out.

Official documents further disclose that the cabinet was further informed that due to a delay of implementation of the ‘business plan’, the PSM has suffered a loss of Rs 4 billion, therefore, the finance facility of Rs 11 billion as per business plan now requires to be enhanced to Rs 15 billion. Additionally, Rs 4 billion is also required to be contributed by GoP as equity as PSM is not capable of paying back the loan and its mark-up as per the plan.

The following proposals were submitted for Cabinet’s approval: (i) Finance Division be instructed to release immediately balance amount of finance facility of Rs.11 billion as per conditions mentioned in the business plan;(ii) an additional Rs.4 billion losses should be covered by way of injection of GoP equity and Finance Division be instructed for urgent disbursement of this amount; (iii) as disbursement of Rs 5 billion was linked with the appointment of the CEO, which is yet to be finalized, and resulted in loss to PSM, therefore, the disbursement should not be linked with the appointment of CEO in public interest;(iv) SSGC may be instructed to help PSM payment of its outstanding bills amounting to Rs 5 billion in instalments of 110 million per month from October 2012 and waiving off surcharge thereon amounting to Rs 1.5 billion and (v) FBR may be instructed to resolve the tax issues of PSM as per the ‘business plan’ to provide a level-playing field to all stakeholders.