by ToP
in Companies, Featured
0 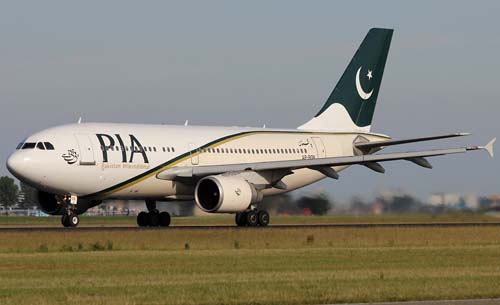 Although deep in deficit, the loss decreased by 45pc from Rs18.4bn suffered in the corresponding six months of 2013. The airline turned out gross profit at Rs339m for the latest six months from loss of Rs2.6bn last year.

Yet, a deeper analysis shows that “exchange gain” of Rs5.2bn in six months 2014, in place of “exchange loss” of Rs1.5bn YoY, helped turn the results around. Against the paid-up capital of Rs28.8bn and reserves of Rs4.4bn, PIA carries accumulated loss amounting to Rs208bn on its balance sheet. For quarter ended June 30, 2014, PIA showed loss of Rs8.1bn, down from loss of Rs9.8bn YoY, while revenue increased to Rs25.4bn, from Rs22.7bn. Exchange loss decreased to Rs370m for 2Q2014, from Rs463m same time last year.

Currently, value of NML investment portfolio is estimated at Rs49.9bn (Rs142/share),” says analyst Saeed. On the other side, finance cost remained stable at Rs1.6bn. Analyst Numair Ahmed at Arif Habib Limited commented that the FY14 results were slightly below expectations of eps at Rs15.78.  -dawn