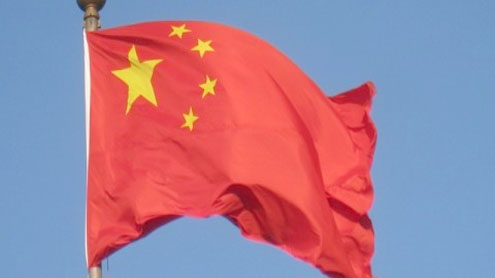 BEIJING: The People’s Bank of China said it would allow the yuan to rise or fall 1 percent from a mid-point every day, effective Monday, compared with its previous 0.5 percent limit.

The timing of the move underlines Beijing’s belief that the yuan is near its equilibrium level, and that China’s economy, although cooling, is sturdy enough to handle important, long-promised, structural reforms, analysts said. The move would help China deflect criticism of its controversial currency policy ahead of the annual spring meeting of the International Monetary Fund in Washington next week.A slowing world economy that has pared investor expectations of a steadily rising yuan likely also gave Beijing the confidence to proceed, knowing that a larger band would not necessarily lead to a stronger currency.

“The central bank chose a good time window to enlarge the trading band. The market’s expectation for a stronger yuan is weakening,” said Dong Xian’an, chief economist at Peking First Advisory in Beijing.“The move partially clears away doubts on whether China can manage a soft landing in its economy, and makes clear China’s reform road map.”Investors have widely expected China to widen the yuan’s trading band this year, thanks to repeated hints from Beijing that the change would take China one step closer to its financial goal: a basically convertible yuan by 2015.Having a currency that trades with fewer restrictions also enhances Shanghai’s status as a financial center. China envisions turning the city into a global banking hub by 2020.

“From April 16, 2012, the trading band for the yuan against the dollar in the spot interbank currency market will be widened from 0.5 percent to 1 percent, “ the People’s Bank of China said in a short statement on its website.“At present, the development of China’s foreign exchange market is maturing, the market’s ability to independently price and manage risks is growing by the day,” the bank said.Ultimately, the government wants the yuan to rival the dollar as a global reserve currency, and to this end it has gradually allowed the currency to trade more freely.After a pilot programe last year was judged successful, in March this year it gave permission for firms across China to pay for imports and exports in yuan, a way of helping to increase the use of the yuan in trade deals.

NO SHARP GAINS: The yuan, also known as the renminbi or “people’s money”, hit a record high of 6.2884 against the dollar on Feb 10, but is little changed against the U.S. currency for the year, softening 0.14 percent since January.Analysts say its listless showing is likely to persist through 2012, as expectations of future gains are dulled by China’s easing economic growth, and speculation that the yuan is near equilibrium.As China this year heads into its biggest leadership changeover in a decade, it would be in Beijing’s interests to avoid dramatic fluctuations in the yuan that could hurt exporters, many of whom are battling rising costs and tepid demand as it is.

“The yuan is close to an equilibrium. We expect it could only gain 1.4 percent against the dollar this year, so the time is right to widen the band,” said Lan Shen, an economist at Standard Chartered Bank in Shanghai.So muted is the yuan’s outlook that investors in the offshore non-deliverable forwards (NDF) market believe there is even room for the currency to fall. The benchmark one-year NDF is pricing for a 0.4 percent depreciation.Any decline would be a stark contrast to the yuan’s steadfast rise in recent years. It jumped about 5 percent in 2011 on top of nearly 4 percent in 2010, giving investors the impression that China was comfortable with a rising currency.

It has gained about 30 percent in nominal terms against the dollar since the landmark move in the summer of 2005 to de-peg the yuan from the greenback.A WELCOME MOVE: The yuan’s value has always been a point of contention between China and its trading partners, notably the United States, which say China suppresses the currency to boost exports. China repeatedly rejects the accusation.Instead, Chinese leaders say the yuan is near its equilibrium level and that authorities aim to keep its value “basically stable”, more flexibility notwithstanding.Beijing’s desire to have the yuan trade more freely was stressed by both Premier Wen Jiabao and Central Bank Governor Zhou Xiaochuan in March when they said conditions were ripe for changes.

Their calls came even as China is set to confront its slowest economic growth in a decade this year, leading many to believe Beijing is ready to foresake heady growth for a restructured economy driven more by domestic than export demand.Although not a primary intention, a more flexible yuan also works in China’s favor in turbulent times by giving it more room to guide the currency lower to aid exports.“The message of this move is that the renminbi appreciation story is over. Greater two way volatility will be the name of the game going forward,” said Qu Hongbin, an economist at HSBC.

Data on Friday showed China’s economy suffered its weakest growth since the global financial crisis in the first quarter by expanding just 8.1 percent, below forecasts for 8.3 percent.The last time China changed its currency policy was in June 2010, after a two-year period when it effectively re-pegged the yuan to the dollar to shield China from the 2008-09 global financial crisis.“I think the step should be welcomed by foreign countries, especially the United States, who has called for reforms,” said Dongming Xie, China economist at OCBC Bank in Singapore. “This is also related to growing domestic calls for economic reforms.” – PT