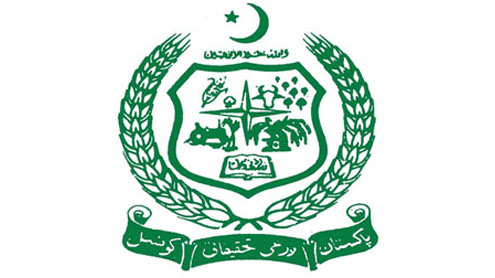 : Pakistan can save Rs.200 billion per annum on edible oil import by enhancing of oil seeds production domestically.

This was stated by Director Crops of National Agriculture Research Council (NARC), Akbar Shah Mohmand while addressing the participants and farmers of the Canola seeds introductory exhibition here at Pakistan Agriculture Research Council (PARC).The event was attended among others by Agricultural scientists and farmers.It may be mentioned here that domestic demand of edible oil is about 2 million tons and Pakistan each year spends a big amount of precious foreign exchange on the import of the edible oil.

Dr Akbar added that Canola oil seeds play an important role in enhancing the production of edible oil domestically and that was why the NARC has introduced the new variety of high breed canola seeds for the farmers so that the production of edible oil could be increased and help reduce dependence on the import of edible oil and save foreign exchange for the country.Dr Akbar told the participants that new canola highly breed seed introduced by the scientists of the National Agricultural Research Council (NARC) is highly productive.

He added that the new canola breeded seed can produce 32 maund per acre and its average production is 22 maund per acre.He also informed the farmers that by cultivating new canola seeds they can earn Rs. 40,000 to Rs. 50,000 per acre and also help enhance the edible requirements of the country.He added that they can also not only enhance their income but also help saving billions of rupees on import bill for the country.Dr Akbar highlighting the benefits of the Canola oil said that it contains mega-3 contents which is also useful for the use of heart patients.He added that the quality of the Canola edible oil is nearer to that of Olive oil. – Brecorder