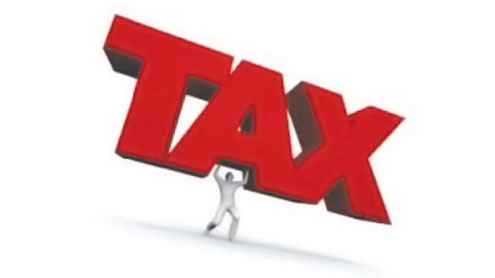 ISLAMABAD: The country’s upper-middle and elite classes may have to pay almost Rs100 billion in the form of an advance income tax in the next financial year, as tax authorities have put forth a new policy of taxing expenditure.

The move surfaces as the government struggles to capture incomes that largely remain hidden either because of administrative constraints of the Federal Board of Revenue (FBR) or owing to the policy of universal self assessment scheme that bars authorities to contact taxpayers whether they pay the liabilities or not.“In Pakistan assets and expenses are not commensurate by incomes, indicating vast hidden incomes largely by the upper-middle and elite class”, said a senior government functionary. He said that a major reason was restraining the FBR from conducting independent and objective audits due to political compulsions.

The FBR’s major policy proposal for 2012-13 budget, to be presented in first week of June, entails levying an advance income tax on all sorts of manufacturing to capture sales that go missing from production units to the wholesales outlets, said sources privy to the development. This causes tax evasion of both income tax and sales tax.The rate of the advance income tax or withholding tax has been suggested in the range of 1% to 5% of the total expenditures incurred and is adjustable, provided people submit their annual income tax returns, sources revealed.

According to these proposals, tax officials have suggested levying withholding tax on purchase of cars, expenses on marriages arranged in marriage halls and top tier hotels, and on school fees of expensive private institutions.The FBR has also proposed levying a special withholding tax on electricity consumers that consume a 1,000 or more units monthly.The major revenue spinner in this category is the manufacturing sector. The FBR has suggested levying 1% tax on all manufacturing commodities including cement, fertilizers, pesticides, sugar, steels and electronics. The FBR has argued that significant quantities of manufacturing go missing from factories to wholesale shops.

Citing an example, the officials said that electronics manufacturing is estimated to yield almost Rs120 billion annually but the goods declared at wholesale shops are not more than Rs40 billion. Manufacturers and wholesale dealers avoid both income tax and sales tax by understating the production of goods and their sales.“We want to have a withholding tax provision in the new budget that could persuade people to file income tax returns,” said one official.

However, as elections approach and with Prime Minister Yousaf Raza Gilani’s pledge not to levy any new taxes or even increase rates, it seems that the FBR will have to put up a fight to get the policy to sail through.The finance ministry has worked out a target of Rs2.338 trillion for next fiscal year. It is estimated that due to an expected nominal growth of 14% (4.5% GDP plus 9.5% inflation) the FBR will collect an additional Rs270 billion over and above this year’s projected collection of Rs1.929 trillion. – Thetribune