Another feather in SBP’s cap 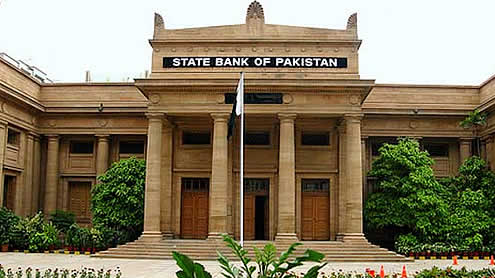 KARACHI – The cash-strapped federal government has increased its budgetary reliance on the central bank as the prices of commodities, specially the oil, on international market have shown some ease during the recent months.

Fearing a direct inflationary impact of its borrowings from the State Bank, which caters to the same through printing more currency notes, the funds-starved government has been showing enough restraint during first half of FY2 in borrowing from the State Bank of Pakistan. Instead, it depended heavily on the scheduled banks to finance its ever-widening fiscal deficit. According to official figures, the Consumer Price Index inflation in month of June (2012) stood at 11.26 percent against 12.29 percent in May. Further, on average during FY12 the CPI inflation stood at 11.01 percent, lower than SBP expected range of 11-12 percent as well as the average inflation of 13.66 percent last year.

“The subdued number in the month of June is a reflection of soft food prices and decline in the petroleum prices on account of decline in international oil prices,” viewed Topline analyst Nauman Khan. Now when the easing international commodity prices, specially that of the oil constituting the costliest head on Pakistan’s import bill, have started unfolding its positive impact on inflation rate at home, still in double-digit however, the government seems to have rolled up sleeves to borrow directly from the State Bank. The SBP data show that during July-June 22 (FY2012) the funds-starved government’s budgetary borrowings from the central bank accumulated to over Rs 597.6 billion, up 90 percent or Rs 6 billion from Rs 592.04 billion the government borrowed from the scheduled banks during the review period. Compared year-on-year (YoY), the government’s budgetary borrowings from the state and commercial banks depict a respective increase of Rs 439.9 billion or 279 percent or Rs 88.7 billion or 18 percent over corresponding months in FY11.

In total, during the period under review the government raised over Rs 1.279 trillion from the banking system against last year’s Rs 645.33 billion. This shows a mammoth growth of Rs 634 billion or 98 percent over last year. The borrowing from scheduled banks was made through the auction of the heavily-weighted and risk-free government papers in which the risk-averse banks invested heavily to earn billions without, what an analyst aptly pointed out, “lifting a finger”. This huge investment in the government securities, according to SBP figures, has skyrocketed the Net Domestic Assets (NDA) of the banks to over Rs 1.074 trillion compared to last year’s Rs 583.118 billion. The analysts also cite an improved private sector off-take as a contributing factor in the NDA growth. “This positivity was overshadowed by persistent increase in borrowing for budgetary support,” said Mazhar A. Sabir of InvestCap Resreach. This trend, however, does not augur well in the long run for country’s already troubled economy which, the analysts say, is still grappling with challenges like an enhanced money supply, the resultant double-digit inflation and reduced bank advances to the private sector, considered to be the engine of growth in developing economies.

The economic observers believe that the Broad Money supply figures show a “dramatic rise” in money supply by Rs 181 billion during last week of June, posting the cumulative increase of 14.4% YTD till June 29. “The current trend in M2 growth is single-handedly driven by massive surge in the government borrowing,” said Mazhar. The analyst said, cumulatively, the government’s budgetary borrowings had contributed 67.2 percent in incremental supply growth compared to the previous year. The positives like improving Pak-US ties and expected inflow of $ 1.1 billion under Coalition Support Fund and the current declining trend in international commodity prices, would provide the government with an alternative source of budget financing and keep the price hike lower in the coming months. “The monetary mechanism could get some relief, however, we expect that the SBP would hold the current stance and maintaining the DR at current in near future,” Mazhar observed. – Pakistantoday