The rich and the confident 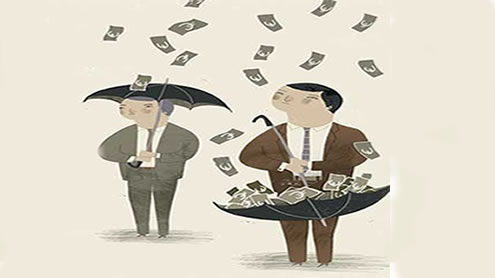 The rich and the confident

In his 1926 short story The Rich Boy, American novelist F. Scott Fitzgerald wrote: “Let me tell you about the very rich. They are different from you and me.”

And so they are. Although, today’s very rich are not necessarily Americans or Europeans.  They are quite often the citizens of emerging markets. Today Brazil, China, India, Mexico, Russia and Turkey are home to 320 billionaires, according to the 2012 Forbes magazine list of the world’s richest people – many more than the 203 billionaires who carry European passports and just trailing the 425 billionaires residing in the United States. Tallying the number of super rich is only one way to measure the growing economic and political clout of the emerging markets. A far more telling and representative comparison of both relative and prospective influence and wellbeing involves simply asking people in emerging markets how they feel about their national economies and personal finances, their financial future and job prospects for their children.

As a recent Pew Research Center survey shows, the citizens of emerging markets are more optimistic than those from most developed countries in views about their future and that of their children. And this difference is likely to shape the world economy in the years ahead. The response is unequivocal. People living in emerging economies are generally more likely than Americans or Europeans to say that they’re doing better than their parents, according to a new 21-nation survey by the Pew Research Center’s Global Attitudes Project. They are twice as likely as Americans and more than three times as likely as Europeans to think economic conditions in their countries are good. They are three times more likely than Europeans and more than twice as likely as Americans to say that they’re financially better off compared with five years ago.

And they’re four times more optimistic about the future for their kids than are the Europeans and twice as optimistic as Americans. Nevertheless, emerging markets are divided over whether their economies are going to improve in the near future, and most are pessimistic about their kids’ future. The Chinese, in particular, are positive about their economic situation, with nine in 10 saying they’re better off than the previous generation, eight in 10 satisfied with current national economic conditions, seven in 10 feel financially more prosperous than they were five years ago and more than two-thirds happy with their own personal economic circumstances. The Brazilians are also upbeat when it comes to their personal finances and financial situation compared with a half decade ago.

In contrast, the Turks and the Indians, while generally positive, are less optimistic across a range of indicators than are their emerging market counterparts. Among those with the greatest faith in capitalism in the survey are the Brazilians, 75 per cent;  the Chinese, 74 per cent; and the Indians, 61 per cent. The Turks, at 55 per cent, are less committed to the free market.  As might be expected, people in Brazil, China, India and Turkey who have higher incomes are generally more positive in their economic outlook, with some notable exceptions. Upper income Brazilians and Indians are much more likely to say that their economy is doing well than are their low-income compatriots.

But there is no effective difference in assessment of the economy between low-income and high-income Chinese or Turks. And, given the recent relative success of their economies, it may not be surprising that Indians and Turks who are well off are particularly supportive of the current free-market system. The difference in economic attitudes between people with high incomes and people with low incomes is most notable in India, where the rich are markedly more satisfied than the poor as measured by a range of indicators.

If F. Scott Fitzgerald were writing today, he would amend his comment. It is the emerging rich who are different.  Their mood reflects their recent economic good fortune. But it also presages better days to come. Optimistic, upbeat people invest in the future in a self-reinforcing dynamic that bodes well for their economies. The gloom and despair so pervasive in much of Europe threatens the opposite effect. And the world may never be the same again.-Khaleejtimes