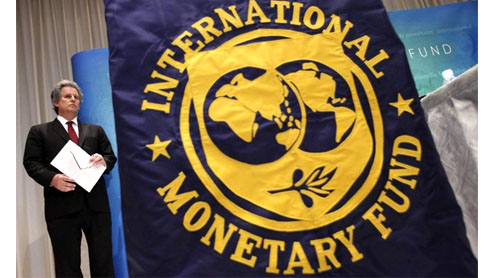 Emerging market and developing economies should brace against looming risks from Europe and the United States, the IMF said in a report Thursday.

Over the past decade, less developed economies had longer uninterrupted growth and shallower downturns than their developed counterparts, the International Monetary Fund said in its latest World Economic Outlook report.Better policies and less frequent economic shocks contributed to the record-setting performance, the IMF study found.But the relative calm since the global economy exited recession in 2009 could prove short-lived, the Washington-based global lender warned.

“There is a significant risk that advanced economies could experience another significant downturn, as continuing sovereign and banking tensions in Europe and the so-called fiscal cliff in the United States threaten to put the brakes on growth,” the IMF said.For the IMF, public debt-strapped Europe remains the biggest risk to the global economy, and the U.S. fiscal cliff – automatic tax increases and spending cuts at year-end – are expected to sharply slow already tepid growth in the world’s largest economy.

In addition, the IMF cautioned about the risks of external shocks, such as a decline in commodity prices and sudden stops in capital inflows and, domestically, from credit booms.“To guard against such risks, these economies will need to rebuild their buffers to ensure that they have adequate policy space,” it said.Many of those economies have adopted inflation targeting and flexible exchange rates, the IMF noted, and made their fiscal and monetary policies more countercyclical, allowing them to stimulate and cool growth as necessary.

“Further spikes in global uncertainty are possible, and sudden stops could emerge once again if greater risk aversion leads to capital outflows” from emerging market and developing economies, the IMF said.If the external situation worsens, “these economies will likely end up ‘recoupling’ with advanced economies.”Growth in the emerging market and developing countries bounced back from the global financial crisis, fueling talk of a decoupling from the advanced economies’ woes.

The crisis in Europe has already slowed growth in the major emerging market economies this year, notably in China, India and Brazil.“There’s still monetary policy to do something about the economy,” said Jorg Decressin, IMF deputy director of research, at a news conference launching the report.But, he noted, some economies “have more room for maneuver.” – Alarabiya