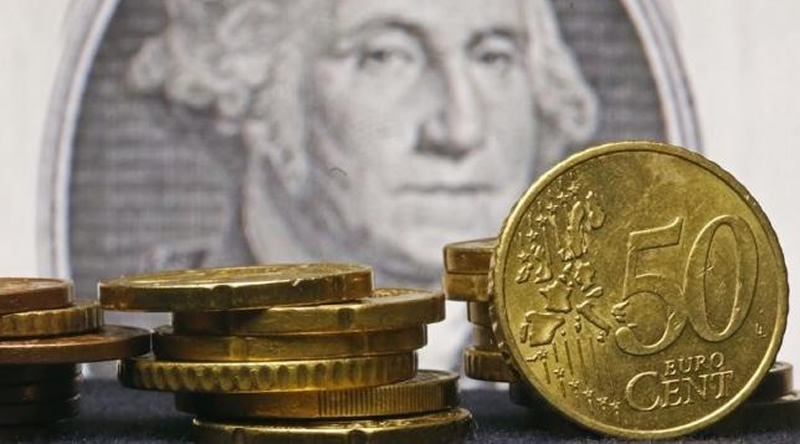 The U.S. dollar made broad-based gains on Monday, recovering some ground after several weeks of selling that brought the greenback to more attractive levels.

The euro, which rose nearly 9 percent in value against the U.S. dollar in the course of a month, pulled back close to one percent, its worst daily performance since mid-April. “With the euro above $1.14, that was much more attractive for sellers and might be one explanation for the downside pressure it is feeling today,” said Vassili Serebriakov, currency strategist at BNP Paribas in New York. “Our view is that the dollar is still going to do well, but probably it is a little premature to jump back into long-dollar positions because we don’t see an immediate catalyst. Ultimately it will have to be the data to get people back in and we might have to wait for May’s payrolls for that,” he said.

The euro traded down 0.87 percent to $1.13490 on the EBS trading platform. On Friday the euro touched $1.14680, its best level since Feb. 6. Strategists said country-specific factors allied to rising U.S. bond yields had helped deepen a correction that started late in the European afternoon on Friday. “Short term, I think we go to $1.1350 today and, if the U.S. inflation numbers are better than expected at the end of the week, we could push on to as low as $1.1250,” said Adam Myers, Head of European FX strategy at Credit Agricole in London.

“There are a lot of people out there who think the Fed will not now hike this year. I still think the U.S. data will turn around and we’ll get a (rate) move,” Myers said. Data from the Commodity Futures Trading Commission released on Friday showed speculators further pared back their bullish dollar bets in the week ended May 12, pushing net long positions down for the seventh straight week to their lowest in nine months.

News of a capital gains tax on New Zealand property investments has added to rate-cut speculation there and made the kiwi the biggest loser among major pairs in recent days. The government on Sunday said that income gained on residential properties sold within two years of purchase would be taxed at up to 33 percent. The kiwi dollar dropped 1.20 percent to $0.7384. The dollar traded at 119.87 yen, a gain of 0.50 percent. –Reuters