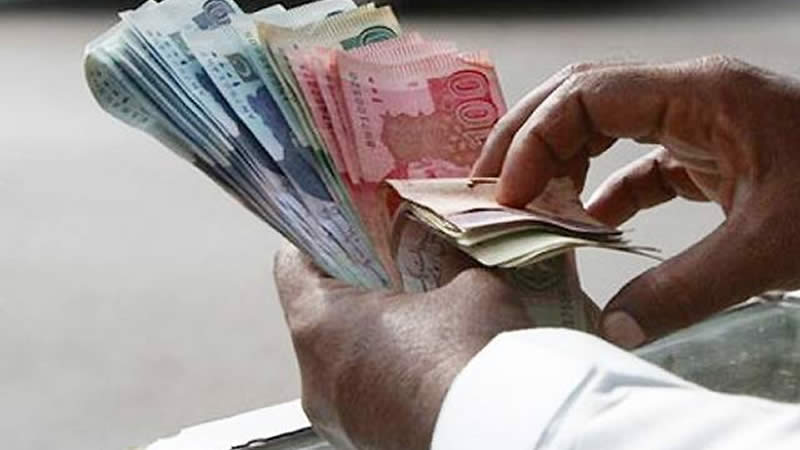 Pakistani rupee has emerged as the world’s best performing currency as it appreciated the most against the US dollar in the past three months ended March 31, 2021.

The rupee strengthened in the wake of excessive inflow of foreign currency from global sources compared to a limited outflow during the Covid-19 pandemic.

Taking to his Twitter handle, Tangent Capital Advisers CEO Muzammil Aslam while citing Bloomberg data tweeted, “Pakistani rupee has been the world’s best currency against the US dollar from January 1 to March 31.”

The rupee strengthened 4.09% to Rs153.55 against the US dollar during the day since the opening level of January 1, 2021, according to the data.

Later, the rupee closed at Rs152.75 against the dollar in the domestic inter-bank market on Wednesday, Pakistan’s central bank reported.

“It is good to celebrate (the strengthening of rupee) but equally important is to maintain competitiveness. I am for gradual changes than abrupt,” Aslam said in his tweet.

Arif Habib Limited Head of Research Tahir Abbas, while talking to The Express Tribune, said the excessive inflow of dollars supported the rupee in maintaining the uptrend.

“The rupee may peak somewhere between Rs150 and Rs152 against the dollar under the current cycle of gains. It seems it will remain stable between Rs152 and Rs155 by the end of June 2021,” he estimated.

“In its latest move, Pakistan has successfully raised $2.5 billion through the sale of five to 30-year Eurobonds in the international market. It is backed by the resumption of International Monetary Fund (IMF) loan programme worth $6 billion,” Abbas added. Pakistan received the third loan tranche of around $500 million from the IMF on Tuesday (March 30) following the restart of the loan programme, which had been on hold since the Covid-19 outbreak in the country in February 2020.

“Going forward, the inflows are expected to continue to surge partially due to the release of remaining $4 billion later under the IMF Extended Fund Facility,” he said.

Worker remittances sent home by overseas Pakistanis have played a leading role in supporting the rupee to grow stronger during testing times of the pandemic. Besides, additional inflows from the Pakistani expatriates through Roshan Digital Account (RDA) into different assets like saving certificates, property and stock markets also kept the rupee hovering high, he said.

The analyst said the partial suspension of international travelling forced the overseas Pakistanis to send remittances through banking channels instead of sending them through people visiting Pakistan from abroad. The development helped remittances to grow during the pandemic.

Pakistan’s foreign currency reserves have remained at around three-year highs above $13 billion for the past couple of months. They grew $275 million to $13.29 billion in the week ended March 19, 2021. The reserves would grow further with an addition of the IMF tranche worth $500 million, the $2.5 billion raised through Eurobond and other inflows from the World Bank and Asian Development Bank (ADB) in recent days.

Pakistani currency may lose in the months starting from June-July 2021 and onwards, as local businessmen and industrialists are set to import machinery for setting up new businesses and expansion of their existing production lines.