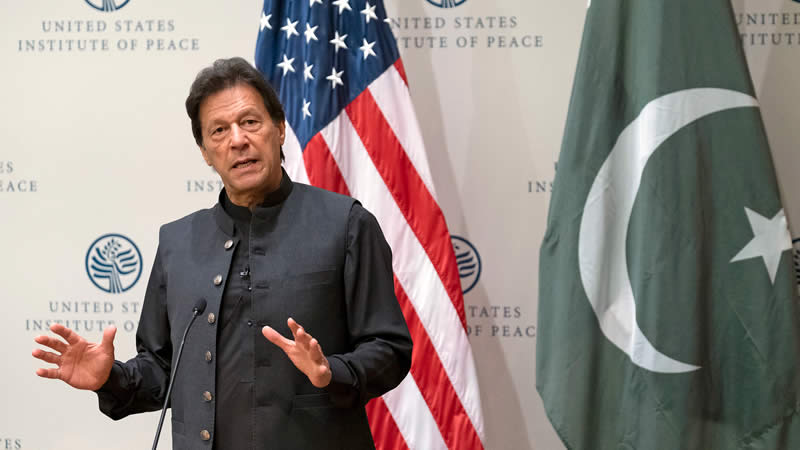 As the United States prepares to inaugurate the Joseph R. Biden, Jr. administration, experts are hoping that the 46th President would reset ties with Pakistan, moving past the limited scope of their transactional relationship that has mostly revolved around the Afghan conflict.

“The in the face conversation about security concerns don’t need to happen the same way now,” said Dr. Moeed Yusuf, Special Assistant to Prime Minister of Pakistan on National Security, in his opening remarks during a webinar titled ‘Reset of US-Pakistan Relations’.

Setting the agenda for the ninety-minute-long discussion, hosted by the Karachi Council on Foreign Relations, the Special Assistant to the premier said: “This is a real opportunity for Pakistan and the incoming Biden administration to have a conversation where we have a truly bilateral relationship. Not a relationship with an Afghan, India or China lens.”

“We need a relationship that truly looks at both sides bilaterally,” said Dr. Yusuf, who was quick to mention that he was speaking as an individual and not delivering the State’s policy on the issue during the webinar.

Reminding the panel about the paradigm shift, Dr. Yusuf said: “For decades the US-Pakistan ties have been seen through the Afghan lens. Afghanistan is in a different place today than it was in 2016.” Islamabad, he said, is now focused on military and human security.

“We are interested in the world and the US benefitting from Pakistan’s geo-economic location. We want the world to treat us as a melting pot for positive global economic interest not as a staging ground for competition for great powers,” he said.

Speaking from Islamabad, Dr. Yusuf also said that Pakistan was no longer looking for financial assistance. “Don’t expect Pakistan coming and saying here is what we need and the US saying do more.”

Hopes of an across-the-board reversal of President Donald Trump’s signature foreign policy moves have rekindled since Joe Biden, his Democratic opponent won the White House in November last year. While the nature of that reset might not be entirely clear at the moment, experts believe it offers a unique opportunity for Pakistan.

Presenting the views from the American side, former United States top diplomat to Pakistan, Cameron Munter said the Biden administration offers a chance for Islamabad to create a new way of engaging with Washington D.C.

Referring to his time as US top envoy in Islamabad a decade ago, Munter said: “Back then Pakistan received a lot of attention and it was not good attention. Now is the time to create new ways of doing things.”

While Afghanistan and terrorism remain important themes in the relationship between the two countries, the former ambassador suggested that Pakistan must try to emerge in the mind of Americans as a positive player in the region.

The Biden administration, Munter said, will focus on re-engaging Iran on the Joint Comprehensive Plan of Action (JCPOA), commonly known as the Iran Nuclear Deal, which was unceremoniously abandoned by President Trump two years ago.

“Pakistan shares a border with Iran, and it has a good relationship with Tehran. It can play an important role in finding solutions. It would be in Pakistan’s interest and the US,” said Munter.

In other suggestions, the former ambassador encouraged Pakistan to find common ground on global issues like climate change and the pandemic. Munter predicted that the incoming president’s team at the State Department is expected to focus on multilateral cooperation.

“We will have a less of a focus on the bilateral relationship and more of a focus on the way in which Pakistan can work with other countries to deal with these big issues. This allows for the certain possibilities that the Pakistani government wants to focus on to get away from its old reputation,” said Munter.

Speaking from Washington D.C., Daniel Markey, a senior research professor at Johns Hopkins University said: “President Biden is familiar with Pakistan and the region.” Markey, who is the author of ‘No Exit from Pakistan: America’s Tortured Relationship with Islamabad’ said: “Biden appreciates Pakistan’s scale and its significance on its own terms.” Echoing the views of other speakers, the Johns Hopkins professor said: “Seeing Pakistan through the old lens will be difficult.”

“Pakistan more than Afghanistan should be Washington’s principle strategic focus in the region,” he added.

Towards the end of the webinar, Markey warned of a possible regional conflict involving Pakistan and India. The conflict, the Johns Hopkins professor cautioned, will shape Biden’s views of the region.

“Chances are that sympathies in the initial phase of such a crisis will lie with India. And that the crisis will not play to Pakistan’s advantage,” he added.

To this, Dr. Yusuf bluntly responded: “The crisis will come from India. Officials in New Delhi have been openly talking about attacking Pakistan.”

“I hope the Biden administration is worried about a conflict between India and Pakistan and that instantly leads them to New Delhi to tell them to behave,” the prime minister’s adviser added.

Umar Gul is appointed as a bowling coach of Quetta Gladiators