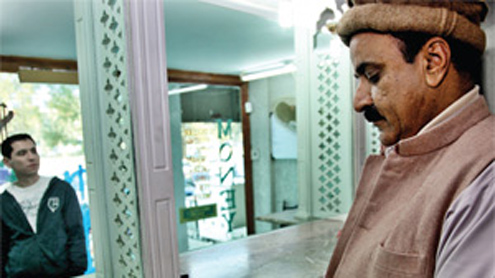 Pakistan has enforced new anti money-laundering guidelines at a time when it needs to maximise forex inflows.

How will the new measures affect the home remittances and other inflows? The State Bank of Pakistan (SBP), the central bank, has just notified the new guidelines for what it calls ‘combating money-laundering and terrorist financing.’ It applies to all exchange companies (ECs) doing forex business in Pakistan. The idea behind the move is to avert the risks posed by money-laundering and terrorist financing.

The ECs will review and submit to the central bank their policy for combating money-laundering and terrorist financing, and submit reports to the SBP by September 30 annually. The reports will have to be approved by the board of director of each EC, SBP’s FE Circular No.3 says. The ECs will obtain, from each customer, information as to the purpose and intended nature of transaction. Every customer will have to be identified for conducting any business transaction.

The central bank said, the ECs should ensure ‘strict compliance of legal and regulatory framework, including the statutory notifications issued from time to time by the Federal Government of Pakistan, under United Nations Security Council Act 1948, giving effect to UN Security Council decisions. The ECs have been asked ‘to monitor all complex, unusually large transactions, and all unusual patterns of transactions’, which indicate ‘no apparent economic or visible lawful purpose.’ In case of suspicion, consideration should be given to file a Suspicious Transaction Rreport (STR) to the Financial Management Unit (FMU) of the SBP.

ECs will raise ‘Red Flag Indicators’ for generating STRs to the FMU, as issued earlier by the FMU on its website.  What should the ECs ponder over while implementing the new SBP guidelines? They should look for risk factors like customer’s background, country of origin of the transaction or remittance, public or high profile position, and other risk indicators. The board of directors of each EC will appoint a company compliance officer (CCO) for this task. The CCO will be responsible for an effective compliance of the regulatory requirements and exchange company’s own policies and procedures relating to combating money-laundering and terrorist financing.

Home remittances and hard cash sent from abroad has also been sensitive to excessive monitoring by the SBP. The fact is that simple Pakistani workers feel uneasy over excessive oversight and tend to withhold their remittances. But sooner or later they have to resume sending remittances to their families to meet their monthly expenditure. The government of Pakistan estimates such transactions, sent by overseas workers to their families back home to be 75 per cent of all remittances. Finance Minister Dr Abdul Haeez Shaikh estimates that overseas Pakistanis will remit a record $13 billion during the current FY-2012 that ends on June 30.

There is considerable speculation that some Pakistani businessmen send sizeable amounts of their tax-evaded or ‘black money’ abroad, often via Afghanistan and other outlets, and bring it back through official banking channels to ‘whiten’ it. The amount of such cash is put it at ‘billions of dollars’ annually. But ‘terrorist’ financing is done trough ‘hundi’ or ‘hawala’ channels, rather than the regular banking system. Pakistan itself hit hard by war on terror.Terrorists have killed nearly 35,000 civilians and 5,000 military personnel inside this country over the last decade.

The economic losses it has suffered due to terrorism are officially estimated at more than $70 billion. Reduced inflow of remittances can even depreciate the rupee further after it went down as the US dollar traded this week at Rs94.80 in the inter-bank and Rs95 in the open market. “We are witnessing a steep fall in the value of rupee, reflecting the severe problem of foreign inflows while each day a record is being set against the dollar,” says Malik Bostan, chairman of the  Foreign Exchange Companies Association of Pakistan. Now the question is how will tighter regulations on remittances help or hinder the inflows, and whether the war on terror, itself, will slow down as a result of tighter currency regulations? -Khaleejtimes