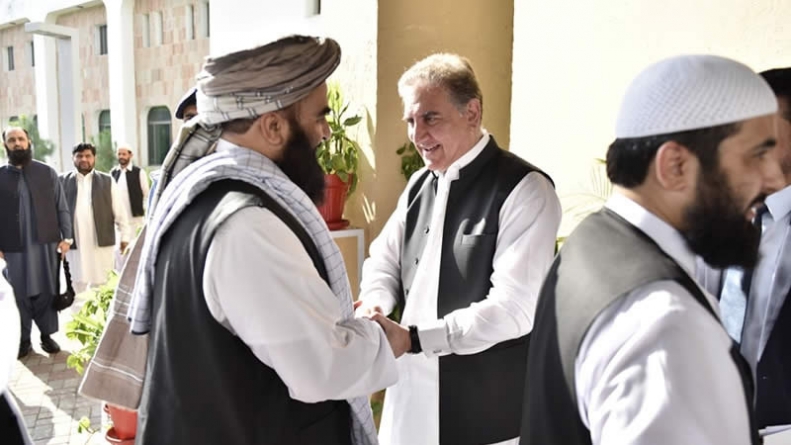 Officials say given progress made in Afghan peace efforts, US administration may not have enough room to make changes

Pakistan is not surprised by announcement of the new US administration that it would review the peace deal with the Afghan Taliban but officials say Washington has a little room to manoeuvre.

The newly-appointed US national security adviser and secretary of state have announced that the President Joe Biden administration would review the landmark deal signed between the US and Taliban on February 29 last year.

The deal facilitated and brokered by Pakistan envisages a road map for the US troops’ withdrawal in return for Taliban agreeing not to let Afghan soil to be used again by terrorist groups.

Under the deal, US would withdraw all their troops by May this year.

But the White House national security adviser Jake Sullivan now told his Afghan counterpart in a telephone call last Friday that the new administration intends to revisit the accord with the Taliban.

According to the White House Statement, the NSA “made clear the United States’ intention to review the February 2020 US-Taliban agreement, including an assessment of whether the Taliban was living up to its commitments to cut ties with terrorist groups, to reduce violence in Afghanistan, and to engage in meaningful negotiations with the Afghan government and other stakeholders.”

The new US Secretary of State Antony Blinken also said the same earlier this week.

“We have to look carefully at what has actually been negotiated. I haven’t been privy to it yet,” Blinken told a Senate confirmation hearing.

“We want to end this so-called forever war. We want to bring our forces home. We want to retain some capacity to deal with any resurgence of terrorism, which is what brought us there in the first place,” he added.

Pakistan, which has played a key role in facilitating the US-Taliban deal and intra-Afghan dialogue, is waiting for clarity from the US on its intention to review the peace deal.

“We knew the Biden administration would review the peace deal but there is no clarity yet what does that review mean,” said a senior official, who is dealing with the matter.

Officials feel the US is giving mixed signals. On one hand Biden administration intends to review the deal but at the same time retains Ambassador Zalmay Khalilzad, the architect of the February 29 deal.

Khalilzad, according to officials, will stay as chief US negotiator at least until May, the month during which US has to withdraw all troops from Afghanistan under the deal with Taliban.

Retaining Khalilzad means that the new US administration may not seek any drastic changes in the peace deal.

Officials said a lot of progress had been made in the peace efforts and given the current situation the new US administration may not have enough room to make changes to the agreement.

“Let’s see if the review may just be a cosmetic,” remarked another official.

Afghan Taliban have not yet officially responded to the Biden administration’s intention to revisit deal with the insurgent group.

Pakistan believes that all sides have a rare and historic opportunity to put an end to the long running unrest in Afghanistan.

There has been no formal contact yet between the Biden administration and Pakistan, although both sides are in touch through informal channels.

It is believed that Pakistan would suggest the new US government to stick to the current peace efforts.