Teacher caught out ‘by love bite from pupil’ 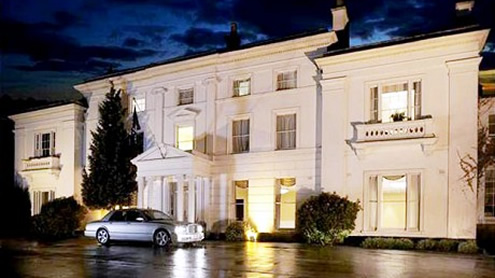 Information Technology master Peter Carless, 29, allegedly wooed the 17-year-old girl in class before whisking her off for a night at the luxury hotel. The hearing was told the teacher and pupil kissed – and Mr Carless returned to work with a love bite on his neck. But the girl denied to police having sex during their one-night stay at the £132-a-night Puckrup Hall Hilton in the Cotswolds. Presenting officer Martin Jones told the hearing: “The girl told police she and Peter Carless spent the night together in a hotel. “She said they had not had a sexual relationship but there had been kissing involved.”

The General Teaching Council of Wales Disciplinary Panel was told Carless confessed to a member of staff after his relationship with the girl came to an end. School IT technician Darren Ferguson told the hearing: “He said: “I’ve got something serious to say and you might hate me for it. “He told me of some events which involved him having a relationship with a pupil. “Peter told me he wanted to get back with this girl but she had said no. “I told him he shouldn’t because he would risk everything.

“Peter told me he got more depressed on Wednesdays and Fridays because they were the days he taught the girl.” The panel heard Carless later resumed his relationship with the girl and arranged to take her the 75 miles from the school in Cathays, Cardiff, to the four-star hotel near Tewkesbury, Glos, on Valentine’s Day. Mr Ferguson said: “He told me he was taking his girlfriend to the Hilton in Tewkesbury on Valentine’s day and then on to Worcester together. “The next week Peter came to my office and mentioned he needed to wear his collar high.

“He then showed me a love bite on his neck. “I felt disgusted about what he was doing.” The hearing was told Mr Ferguson reported what he had seen and been told to senior staff at the 1,000-pupil Cathays High School in Cardiff. The panel was told the girl was interviewed by police and admitted spending the night with her teacher who was not charged in connection with the allegation. Mr Carless faces being struck off the teaching register if he is found guilty of unacceptable professional conduct.

But he denies ever having an inappropriate relationship and spending a night in the hotel. He admits being at the hotel on Valentine’s Day 2008 but says he was not with the girl pupil. – Telegraph