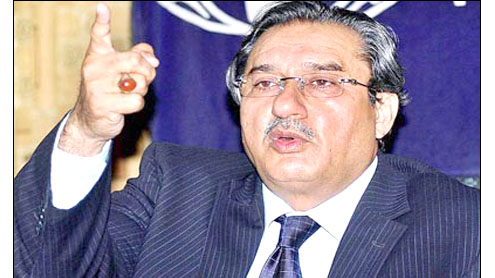 Addressing the gathering, Lt Gen Khalid Nawaz said Army Burn Hall educational institution was one of the country’s best educational institutions. He called upon the students to focus their attention on education together with unending efforts on deriving their educational motives as their parents and teachers have left no stone unturned to build up their carrier the best.Khalid Nawaz congratulated the position holder students and their faculty members for excelling in Board and Cambridge examinations. The chief guest paid rich tributes to the teachers for taking keen interest in students’ education.

At the end of the ceremony Khalid Nawaz also visited various institutions of the Army Burn Hall College gave away among the prominent position holders. Somal Ahmad was awarded Chief of Army Staff gold medal, Chairman Board of Governors Medal award was granted to Haider Ali, while students of Syed Ahmad Shaheed Hall have obtained over all Chief of Army Staff trophies regarding their better performance collectively.During the meeting, Major Gen Mazhar Jamil, Deputy Chairman Burn Hall Board of Governors, Syed Imtiaz Hussain Shah, DCO, some other high ranking officers of civil and military institutions, faculty members, students’ parents and large number of students of the same institution among many other were also present on the occasion. – Dailytimes