by top3
in Education
0 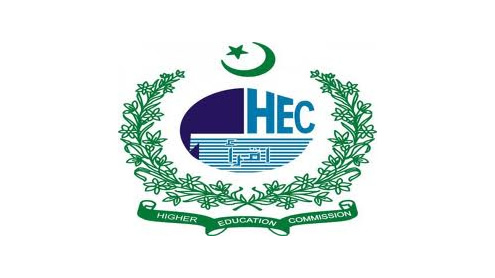 ISLAMABAD: Pakistani higher education institutions have witnessed a tremendous increase in research publications within last few years, the findings of an academic exercise, conducted by the Higher Education Commission Pakistan (HEC), has revealed.

According to HEC’s Assessment and Research Ranking Report, the number of publications by Pakistan’s higher education institutions has increased from about 800 in the year 2002 to more than 6,000 in the year 2011. In 2010, this number was 5,000. These publications were extracted using three global databases: SCI-E, SSCI, and S&HCI from Thomson-Reuters web of science. The publications also cover all major disciplines including physical sciences, agriculture and veterinary sciences, biological and medical sciences, social sciences, management sciences and engineering.

Quaid-e-Azam University remained the top university with 717 publications while University of Agriculture (Faisalabad) with 524 publications and Agha Khan University (Karachi) with 521 publications secured second and third positions, respectively. The education experts describe this achievement in higher education sector of Pakistan as miracle and outcome of the revolutionary reforms introduced by HEC and dedicated hard work by the university faculty and researchers. Close to 90 percent of these research publications from Pakistan are coming from higher education institutions. Output has more than doubled just in the last three years and is expected to double again in the next three years.

In addition, access to 140 free software tools provided to over one million students in higher education sector has resulted in more than 80,000 downloads from 68 universities during 2011-12. Its most recent publication is a forecasting exercise on how the world will perform in research by 2018 based on their past performance. The top 50 countries are included in the forecast. The expected output of research in Pakistan is moving up 16 notches, which is the second highest increase worldwide, primarily due to the innovative higher education policies and reforms taking place in Pakistan under the Higher Education Commission (HEC).

In addition to quality reforms, there has been a strong resurgence of research and innovation. It is also due to this new flourishing research culture at the higher education institutions that the number of international research publications with impact factor has increased drastically by a factor of eight in the last 10 years! While 816 impact factor papers were published in 2002, it has now increased to over 6,300 in 2011, with the largest number of publications on economic development. As a result of this phenomenal increase in research publications, the world share of Pakistan’s research has gone up by 300 percent in the last five years. In other words, Pakistan is taking back what it had lost out to the world in earlier years.-Dailytimes