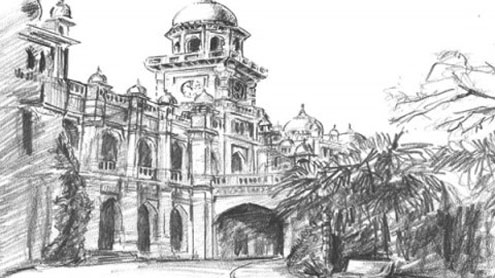 LAHORE: The Punjab University, an oldest seat of learning in the sub-continent turned 130 years on Sunday with 30,000 students studying in 13 faculties comprising 73 disciplines.

Tracing the history, Punjab University Chief Librarian Muhammad Hanif said that PU was formally established with the convening the first meeting of its  t 14, 1882, at Simla with Sir James Broadwood Lyall as first VC. It came into existence as a result of a long drawn struggle of the people of Punjab after the War of Independence in 1857. Contrary to previously established three universities Bombay, Madras and Calcutta which were only examining institutions, the PU was both teaching as well as examining body right from the first day.

He said the contribution of Dr GW Leitner, a Hungarian and a naturalised Britisher, was instrumental in the establishment of PU and he became its first registrar. “Prof AC Woolner, who remained vice-chancellor of this university during 1928-1936, played a key role in its development during the initial decades of this century. His statue still stands in front of the Allama Iqbal Campus of the university,” he said, adding that Dr Umar Hayat Malik became first VC after partition and Prof Dr Mujahid Kamran was its 51st VC. The strength of the faculty was greatly reduced because of the migration of non-Muslim teachers and scholars at the time of independence.

NOBLE LAUREATES: PU has produced three noble laureates, Har Gobind Khorana, Abdus Salam and Subrahmanyan Chandrasekhar.Hanif said that during the last five years PU had gone through a number of institutional reforms aimed at quality in teaching and research and a number of newly emerging disciplines have been added to make the varsity education relevant to the needs of the society.He said PU differed from the other universities because of its adherence to ideological and cultural values while maintaining a progressive professional posture.

About library history, he said it was established in 1873. He said that in the beginning, only 2,000 books of Sir Donald Macleaod were purchased for Rs 2,500 in 1873 but now there were over 7 lakh books with 28 personal collections of eminent scholars. It has also emerged the largest e-library in the country with 63,000 Higher Education Commission digital books on line, he added.About academic achievements, Hanif said that a record number of 525 PhDs were produced during the last 5 year while 130 PU teachers presented research papers in international conference in the period.

On the other hand, PU had hosted 31 international and national conferences and 215 books authored by teachers on different topics and over 1,000 research papers produced by teachers were also published in leading journals.He said it was the first time in PU history that all Baloch students and special students were being educated free with Rs 3,000 per month scholarships and free hostel accommodation and food. – PT