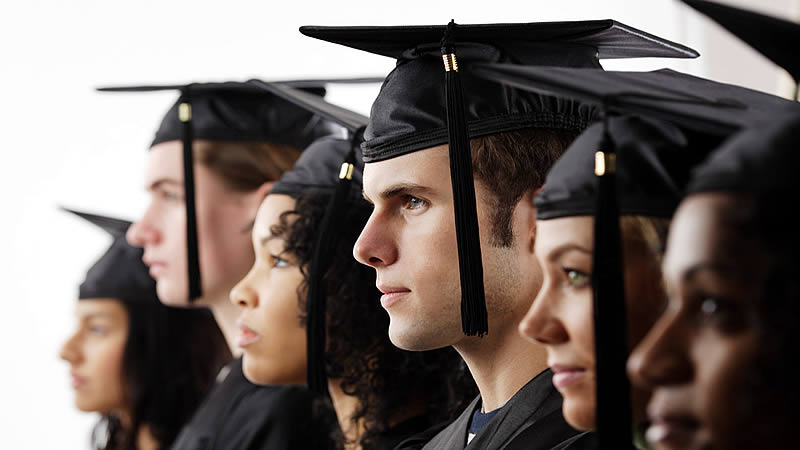 Much of the benefit of higher education accrues to individual students and their families. For members of all demographic groups, average earnings increase measurably with higher levels of education. More educated people are less likely to be unemployed and less likely to live in poverty. These economic returns make financing a college education a good investment. Although incurring debt should always be approached with caution, even students who find it necessary to borrow a sizable share of the funds required to pay for college are likely to be financially better off relatively soon after graduation than they would be if they began their full-time work lives immediately after high school. Society as a whole also enjoys a financial return on the investment in higher education. In addition to widespread productivity increases, the higher earnings of educated workers generate higher tax payments at the local, state, and federal levels, and consistent productive employment reduces dependence on public income-transfer programs. Because the individual outcomes affect others, it is not possible to neatly separate the benefits to individuals from those shared by society as a whole.

For example, all workers benefit from the increased productivity of their coworkers, and unemployment causes the most damage to those who are out of a job, but also results in a loss to the entire economy. In addition to the economic return to individuals and to society as a whole, higher education improves quality of life in a variety of other ways, only some of which can be easily quantified. Moreover, the economic advantages already mentioned have broader implications. For example, in addition to increasing material standards of living, reduced poverty improves the overall well-being of the population, and the psychological implications of unemployment are significant. In addition, adults with higher levels of education are more likely to engage in organized volunteer work, to vote, and to donate blood; they are more likely to be in good health and less likely to smoke; and they are less likely to be incarcerated.

The young children of adults with higher levels of education are read to more frequently than other children They have higher cognitive skill levels and better concentration than other children. All of these areas affect social expenditures, in addition to general well-being. The indicators included here do not provide a comprehensive measure of the benefits of higher education. They do, however, provide an indication of the nature and extent of the return on our investment in educational opportunities. There is a positive correlation between higher levels of education and higher earnings for all racial/ethnic groups and for both men and women. In addition to earning higher wages, college graduates are more likely than others to enjoy employer-provided health insurance and pension benefits.  The income gap between high school graduates and college graduates has increased significantly over time.

The earnings benefit is large enough for the average college graduate to recoup both earnings forgone during the college years and the cost of full tuition and fees in a relatively short period of time. The considerable nonmonetary rewards of a college education include better health and greater opportunities for the next generation.  Any college experience produces a measurable return when compared with none, but the benefits of completing a bachelor’s degree or higher are particularly large. Higher levels of education are correlated with higher levels of civic participation, including volunteer work, voting, and blood donation, as well as with greater levels of openness to the opinions of others. Higher levels of education correspond to lower unemployment and poverty rates. So, in addition to contributing more to tax revenues than others do, adults with higher levels of education are less likely to depend on social safety-net programs, generating decreased demand on public budgets. The earnings of workers with lower education levels are positively affected by the presence of college graduates in the workforce.

College graduates have lower smoking rates, more positive perceptions of personal health, and healthier lifestyles than individuals who did not graduate from college. Students who attend institutions of higher education obtain a wide range of personal, financial, and other lifelong benefits; likewise, taxpayers and society as a whole derive a multitude of direct and indirect benefits when citizens have access to postsecondary education. Accordingly, uneven rates of participation in higher education across different segments of society should be a matter of urgent interest not only to the individuals directly affected, but also to public policymakers at the federal, state, and local levels. This report presents detailed evidence of the private and public benefits of higher education. It also sheds light on the distribution of these benefits by examining both the progress and the persistent disparities in participation in postsecondary education. The benefits of higher education for individuals and for society as a whole are both monetary and nonmonetary.