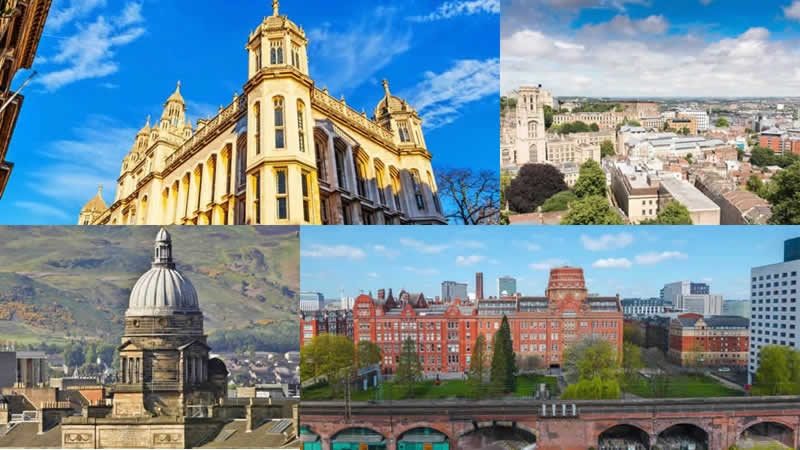 There are 71 top universities in the UK which rank among the world’s best in the QS World University Rankings 2016-2017, including four in the global top 10, and a further 26 in the top 200.

Retaining first place amongst UK universities is the University of Cambridge, ranked 4th in the world this year. One of the oldest universities in the world (founded in 1209), Cambridge is closely linked to the business cluster ‘Silicon Fen’ and currently educates around 19,000 students of various nationalities.

The oldest university in the English-speaking world, the University of Oxford is ranked 6th in the world and 2nd in the UK this year. This highly prestigious institution has educated no fewer than 27 Nobel Prize winners, 27 UK Prime Ministers, and many more successful figures, such as Sir Stephen Hawking.

UCL is the highest ranked university in London for the second time in a row this year, placing 7th in the global ranking and therefore 3rd amongst UK universities. An impressive 15,600 of UCL’s 38,300 students are from outside the UK, providing good grounds for its claim to be ‘London’s global university’.

Imperial College London is the last of these top UK universities to appear in the global top 10, ranked 9th in the world this year. Known for its high-impact research and innovation, Imperial founded the first academic health science center in the UK.

Consistently the highest-ranked university in Scotland, the University of Edinburgh climbs two places in the worldwide ranking this year to rank 19th. Founded in 1582, the university is a member of the prestigious Russell Group, as well as the League of European Research Universities.

Heading back to the south, and King’s College London is this year ranked 21st in the world. KCL is known for its medical teaching and research, and is home to the Florence Nightingale Faculty of Nursing and Midwifery, the world’s first professional nursing school.

Up four places to rank 29th in the world in 2016/17, the University of Manchester is another well-respected Russell Group member, the largest single-campus UK university and one of the largest in the country in terms of student numbers.

The London School of Economics and Political Science (LSE) is ranked joint 37th in the world this year (alongside Japan’s Kyoto University). LSE specializes in the social sciences and has a very diverse student body, with around 9,600 full-time students from 140 countries.

Ranked 41st in the world, the University of Bristol in South West Englandis another member of the Russell Group of research-intensive UK universities and has been associated with 12 Nobel Prize winners throughout its 140-year history.

Actually located on a self-contained campus just outside of Coventry, the University of Warwick is ranked joint 51st this year alongside Australia’s University of Queensland. Having celebrated its 50th anniversary last year, it’s already established a strong international reputation in its first half-century.