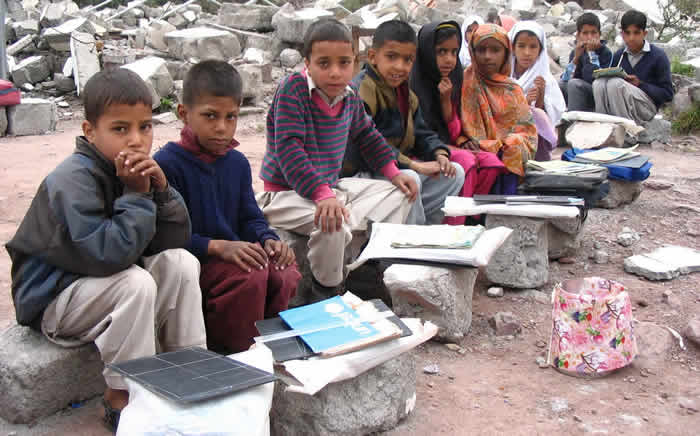 Basic problems are highlighted first, like expensive education,unaffordable colleges, lake awareness of parents,shortage of schools,poverty,law and natural disasters, budget problem, lack of access, poor quality ,less contribution of government, and now details are given below; There is a lack of proper planning. Pakistan is a signatory to MDGs and EFA goals; however it seems that it will not be able to achieve these international commitments because of financial management issues.

NOW major factors involve GENDER GAP that hinder enrolment rates of girls include poverty, illiteracy of parents and parenteral concerns about safety and mobility of their daughters. Society emphasis on girls modesty, protection and early marriages, may limit family’s willingness to send them to school. Infact enrolment of rural girls is 45 percent LOWER than urban girls, while for boys can you believe, the difference is 10 percent only this is basically gender gap.

Another important factor is SOCIAL CONSTRAINTS in which social and cultural orientation of people is also deep rooted. WAR ON TERRORISM Pakistan’s engagement in war against terrorism also affected the promotion of literacy campain.Teachers and students were killed in Balochistan,KPK and FATA .this remains an important factor ,that creates  a atmosphere of threaten and  insecurity. The economic cost is higher in PRIVATE schools and located in richer settlements only and government schools don’t provide such private quality education. So Cost of Education is a important factor. Funds for Education also contribute to this, Pakistan spends 2.4 Godson educations. At national  level  89  percent educational expenditures comprises of current expenses such as teacher’s salaries, While only 11 percent comprises of development expenditures which is not sufficient to raise Quality Of Education.

Another factor is Technical Education, sufficient attention has not been paid to the technical and vocational educating in Pakistan, so its number is very least. Unskilled Population means more jobless people in the country, which affects the national development negatively. NOW Current issues involve Health, why school cafeterias are dishing out fast food.childhod Obesity and nutrition, child development and a lot more involving unemploymenr, poverty and corruption etc.

T10 Cricket League gets full Support from Pakistan Cricket Board

T10 Cricket League gets full Support from Pakistan Cricket Board