by Top
in Education & Research
0 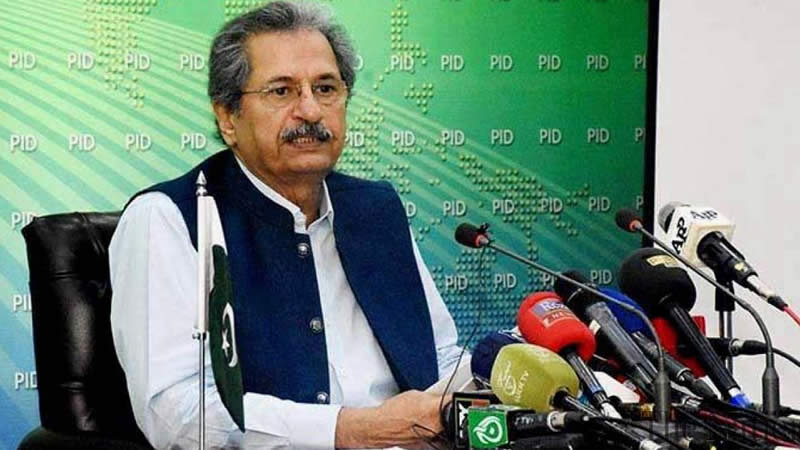 Education minister says curriculum to be followed by all public, private schools from next academic year

Federal Minister for Education and Professional Training Shafqat Mehmood announced on Wednesday that the country will adopt the Single National Curriculum (SNC) from the next academic year, which will begin from August 2021.

The announcement came through the official Twitter account of the Ministry of Federal Education and Professional Training, which stated that the ministry has developed the SNC with consultation from the relevant stakeholders for grades pre-1 to 5 and that this “shall be followed by all public and private schools across the country from next academic year”.

A letter was also sent by the ministry to all the provincial and area governments regarding the Textbook Policy under the unified curriculum.

According to the ministry, under the directives from the federal minister for education, the new year “would start now in August 2021 due to extension in examination dates to be held in May/June and also prolonged school closures in the academic year of 2020”.

The letter stated that the publishers are “allowed to develop these textbooks aligned with SLOs prescribed by SNC” and that they will require a no-objection certificate (NOC) by the provincial textbook boards so that they may “check any inclusion of anti-Pakistan, anti-religion, and any other hate material”.

The Ministry of Federal Education and Professional Training has advised all provincial and regional textbook boards to exercise due diligence to ensure that private publishers are producing textbooks in line with the objectives and contents of SNC.

The ministry has also advised the textbook boards to facilitate the procedure of NOC without red-tapism and avoiding cumbersome administrative complications.