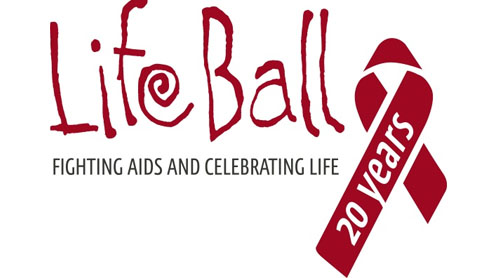 As the glitz continues at the Cannes Film Festival, other glamorous events taking place across the globe include Brazil’s Fashion Rio event and the 20th Vienna Life Ball, which will feature a special anniversary fashion show presenting some of the most extravagant Life Ball designs of years gone by. Read about this and other important upcoming fashion events here.

With the star-studded Cannes Film Festival underway, fashionistas are preparing for a host of glamorous soirees, with one of the biggest social highlights being the Cinema Against AIDS charity black tie event, which attracts some of the biggest names from fashion, music, business, and international society. It is scheduled for May 24, with Milla Jovovich, Kylie Minogue, Karl Lagerfeld, Carine Roitfeld and Aishwarya Rai among this year’s event chairs.
http://www.festival-cannes.fr/en.html

This year’s Life Ball has the theme “Fight the Flames of Ignorance” and to celebrate the 20th anniversary of this annual AIDS charity event this year will see a special anniversary fashion show. Organized by Vogue Italia magazine, some of the most extravagant Life Ball designs of years gone by, from creators such as Roberto Cavalli and Vivienne Westwood, will be showcased — with top models including Alek Wek and Karolina Kurkova taking to the runway.
http://www.lifeball.org/?lang=en

Following on from Italian luxury goods label Bvlgari’s 125 Years of Italian Magnificence expo in Shanghai, luxury jewelry maison Van Cleef & Arpels will take its Timeless Beauty exhibition to the city’s Museum of Contemporary Art. The house presents a guide to its legacy, showcasing some 370 pieces of jewelry, watches and accessories and celebrating more than 100 years of high-end jewels.
http://www.mocashanghai.org/index.php?_function=exhibition

While Brazil’s status as a key fashion destination continues to rise – fashion houses including Fendi, Bottega Veneta and Yves Saint Laurent will begin working on expansion in the country this year – Fashion Rio kicks off May 22 and precedes the larger-scale São Paulo Fashion Week, which takes place in June. Transgender model Lea T., who recently made her first post-op runway appearance, has already been confirmed to walk in a series of shows.
http://ffw.com.br/fashionrio/

Ashley Olsen & Mary-Kate Olsen for The Row, Jack McCollough & Lazaro Hernandez for Proenza Schouler and Marc Jacobs will compete for the coveted Womenswear Designer of the Year Award at the prestigious annual ceremony, organized by the Council of Fashion Designers of America (CFDA). Hollywood actor Johnny Depp will receive the Fashion Icon Award this year due to his “personal and eclectic sense of style.” This in fact signals the first time a male will receive the gong, which last year went to pop star Lady Gaga.
http://www.cfda.com/category/fashion-awards/ – Yahoonews