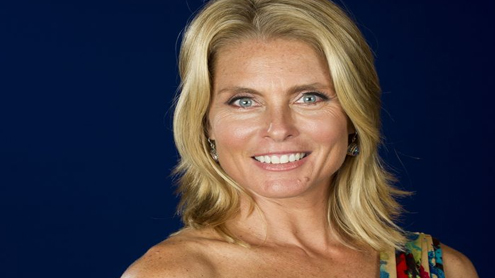 THERE WAS A time when models really were super. Cindy Crawford, Christie Brinkley, Claudia Schiffer and Nikki Taylor were household names, plastered on magazine covers, dominating advertisements. Now that every model is called a supermodel, the list of recognisable names is much smaller and mostly retired. Giselle. Heidi Klum. Anyone else? “The covers have been taken over by the celebrities and all of the makeup and hair ads have been taken over by celebrities,” model Kim Alexis said in a recent interview, “And we want our jobs back.”

The new HBO documentary About Face: Supermodels Then and Now documents the rise of these models from the ‘40s through the ‘80s, when Alexis said “You would see me on the cover of Glamour and Vogue and Mademoiselle and also doing a Cover Girl ad and a Maybelline ad all in the same magazine.” The documentary premieres today and shares the models’ personal career and beauty stories. Director Timothy Greenfield-Sanders said he came up with the idea for the documentary at a party for supermodels from the ‘70s and ‘80s.

“I walked into a party that my friend was giving and I looked around the room and saw these gorgeous women and thought, ‘Geez, that’s a photo or something. No one’s shot them in a while it would be an interesting group shot.’ And as I got to know them I thought, ‘Oh, this is obviously a film.’” About Face also introduces viewers to a time when modelling wasn’t glamorous, says Greenfield, like when Carmen Dell’Orefice began modelling in the 1940s. She began modelling as a teen and is still modelling today at 81 years old.

“Carmen talked about how (modelling) was really not a profession you’d ever want your child to go into, and that changed and by the time models became celebrities and then parents thought, ‘Oh, this is a good profession for my daughter.’ That’s a big change in 50 years.”  The film also shows how even models worry about signs of aging like wrinkles and changes to their figure. Karen Bjornson, who began modelling in the 1970s admits in the documentary that she had an eye lift before walking in a 2002 Ralph Rucci runway show. Race was also once an issue in the industry. China Machado, who also began modelling in the 1950s, is half Chinese, half Portuguese.

She first found success as a house model in Europe where she would model clothing from fashion collections like Givenchy for prospective buyers. It wasn’t until she began modelling in the U.S. that her ethnicity became an issue. “Harper’s Bazaar publisher didn’t want to publish my pictures because they thought subscribers in the South would all cancel.” Ironically she ended as their fashion editor from 1962 to 1972. Beverly Johnson, who made history as the first black model to appear on the cover of American Vogue in 1974, believes the documentary will pull back the veil on the modeling industry in a way that hasn’t been done before.

“I think that there will probably be two reactions. One is, ‘Those beautiful models, they’re getting their due now. They’re aging just like we are.’ Or they’re gonna say, ‘Wow, even she, the supermodel, are having the same angst I’m having about growing old.’ I think you’ll have those two dynamics going on.” -Khaleejtimes