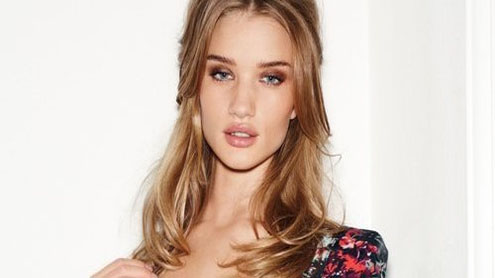 Rosie Huntington-Whiteley originally wanted to be a designer but was ‘swept away’ be her modelling career.

The British star believed becoming a model would help her make contacts in the fashion industry.The 25-year-old now admits she got distracted along the way.’I always wanted to go to fashion college,’ Rosie confessed to the British edition of Vogue.’I got diverted. I got swept away to model and I thought, ‘Well it will at least give me some experience within the industry and I’ll hopefully get to work with different designers from all over the world – which is what I managed to do.”

The pretty star has now pursued her dreams, coming up with an underwear collection for Autograph at UK department store Marks and Spencer.Her passion for designing means she wants to be involved in the entire process of creating the pieces.’If I stick my name on something, it’s a reflection of myself and of something I’m endorsing. I never want to put my name to something that I don’t believe in, or that I haven’t put a lot of work into,’ she revealed. – MSN

Where is oil heading?