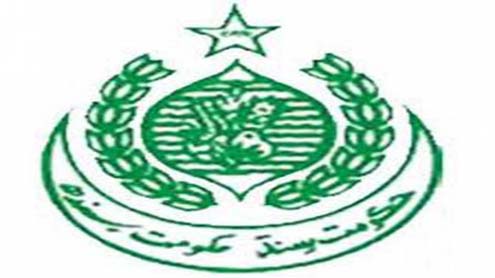 Sindh government allocates Rs 165 billion for 2,465 ongoing and new development schemes in the current FY 2013-14. Sindh Chief Minister Qaim Ali Shah made the announcement while presiding over a meeting, to review the performance of finance and other government departments executing development schemes, held at CM House today.

The CM said that out of the total development outlay of Rs 215 billion an amount of Rs 165 billion has been earmarked against 2,463 ongoing and new development schemes of Sindh Government in the province for the current FY. He said that Rs 120.77 billion has been earmarked for the schemes of most important and immediate nature and Rs 44.23 billion for the schemes under implementation on regular basis.

The CM said that to serve the people without any discrimination was the main motto of Pakistan People’s Party (PPP) government. Shah directed the officers to complete 293 most important development schemes by December 2013 for which 100 percent allocation has been released and also to complete 218 such schemes by June 2014 for which presently 50 percent releases have been made. He directed the Finance Department also to ensure quarterly release against other 852 ongoing developments schemes and directed the officers to ensure completion within stipulated timeframes.

The CM further said that in addition to the amount earmarked for 2,463 ongoing and new schemes, another amount of Rs 30 billion has also been earmarked for the projects being implemented under foreign assistance and other grants and an additional Rs 20 billion for districts in the province. The CM said that over all 38.37 percent of the allocation has been released against these development schemes to the executing authorities and work was in progress, which has also resulted in thousands of job opportunities. While commenting on the volume of utilisation of development funds, Shah said there was still a room for improvement and directed officers concerned to expedite their development works. Furthermore, the CM asked divisional commissioners to play their role for early completion of development projects.

Executive authorities of the provincial health department must ensure proper utilisation of funds and availability of medicines, equipments at public hospitals so that the poor can benefit, he said. “Concentrate on the nine vertical health projects including prevention and cure programme of Hepatitis B, C, malaria control programme, EPI, tuberculosis and National Programme for Family Planning and Primary Health Care, for which Rs 470 million have been released so far by the government,” directed CM Shah.

The meeting informed the minister that the Federal government has been approached for providing their share amount against these health projects at the earliest. Officers have also been ordered to submit their monthly performance reports, while the planning and development department must extensively monitor the ongoing development. He warned the officers for transparent utilisation of the development funds, failing which; strict action would be taken against them. -Dailytimes

Amid Outrage in Europe, NSA Chief Defends US Surveillance Programs

Amid Outrage in Europe, NSA Chief Defends US Surveillance Programs