US Criticises Germany and China policies 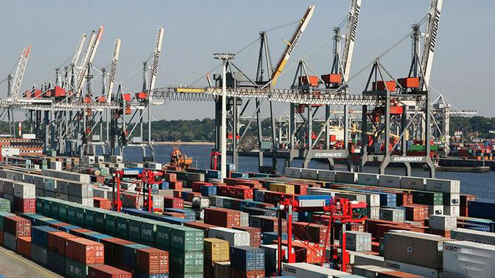 The US has criticised Germany’s economic policies, saying that its export-led growth model is hurting the eurozone and the wider global economy.

In its biannual report, the US Treasury said that domestic demand growth in Germany had been “anaemic”. It also reiterated its view that the Chinese yuan, continues to remain “significantly undervalued”. The report has criticised Chinese policy before, but criticism of German economic policy is rarer.

“Germany’s anaemic pace of domestic demand growth and dependence on exports have hampered rebalancing at a time when many other euro area countries have been under severe pressure to curb demand and compress imports in order to promote adjustment,” the Treasury said. “The net result has been a deflationary bias for the euro area as well as for the world economy.”

Germany is eurozone’s largest economy has been one of its key drivers of growth in recent years. Continue reading the main story “Start Quote It is better for eurozone to have a highly concentrated, efficient and skilled export powerhouse in Germany than not have any major engine of growth” Tony Nash IHS Its importance to the 17-nation bloc has only increased since the development of the region’s debt crisis, which has impacted other bigger economies such as Italy and Spain. It has been one of Europe’s stronger economic performers and its exports prowess is seen as one of its key strengths.

The country narrowly avoided recession earlier this year, but GDP in the second quarter of 2013 was driven up by demand from both consumers and businesses. Analysts said that while Germany could benefit from boosting domestic demand, the criticism levied on its policies was unfair. “I think this is a bit strange,” Tony Nash, vice president at IHS, told the BBC. “The eurozone has to get growth from somewhere and Germany is the most likely place for that to happen.” “And it is better for eurozone to have a highly concentrated, efficient and skilled export powerhouse in Germany than not have any major engine of growth,” he added.

In recent years, the US and many other economies have alleged that China tries to keep the value of its currency artificially low. They say that, by doing so, Beijing gives an unfair advantage to its exporters as an undervalued currency makes its good cheaper to foreign buyers. For its part, China has been looking to loosen its grip on the currency as it looks to push for a more global role for the yuan. But Beijing has maintained that a sudden an sharp appreciation in the value of the yuan will hurt its overall economy.

The yuan has risen nearly 12% against the US dollar since June 2010. While the Treasury acknowledged that the yuan had been rising, it said the appreciation was “not as fast or by as much as is needed”. “On the other hand, the evidence that China has resumed large-scale purchases of foreign exchange this year, despite having accumulated reserves that are more than sufficient by any measure, is suggestive of actions that are impeding market determination and a currency that is significantly undervalued,” it added. -Bbc