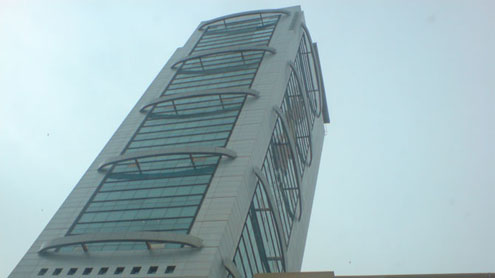 Pakistan’s MCB Bank will take a 55 per cent stake in Islamic lender Burj Bank, alongside an additional investment by the private sector arm of Jeddah-based Islamic Development Bank, according to a filing with the stock exchange. The move comes amid increased activity in Pakistan’s Islamic banking sector, with regulators stepping up development efforts and lenders expanding operations in the world’s second-most populous Muslim nation. MCB said it had agreed with majority shareholders of Burj Bank to invest in new and existing shares for a controlling stake in the Islamic lender, which held assets worth 44.7 billion rupees ($424.7 million) as of December. No price figure was given for the acquisition.

The deal, which still requires regulatory approval, would include an un-specified additional investment by the IDB’s Islamic Corporation for the Development of the Private Sector,which already holds a 33 per cent stake in un-listed Burj. Other majority shareholders include Bahrain’s Bank Alkhair,which held a 36.9 per cent stake in Burj as of December 2012. Burj Bank is the smallest of five full-fledged Islamic banks in Pakistan with a network of 75 branches, while MCB operates the country’s sixth largest Islamic window with 28 branches.

MCB Bank Limited plans to spin off its Islamic window into a separate subsidiary with 10 billion rupees in paid-up capital, using its existing 27 Islamic banking branches to form the new entity. Last month, the central bank named a new deputy governor to focus on Islamic banking and enlisted renowned scholar Muhammad Taqi Usmani to its sharia board, part of efforts to improve consumers’ perception of Islamic finance. Such steps aim to help government plans to double the industry’s branch network and reach a 15 per cent share of the banking system in the next five years. As of September, Islamic banks held a 9.5 per cent share of total banking assets in Pakistan, compared to around 25 per cent in the Gulf Arab region.