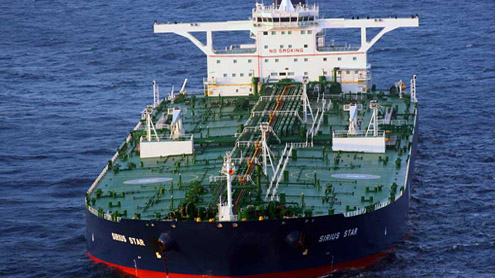 Australian and Pakistani navy ships seized almost two tonnes of cannabis resin in a drug bust off Oman that officers described on Tuesday as a setback for extremist groups. HMAS Melbourne and PNS Alamgir joined forces to intercept and board a dhow east of Oman’s Masriah Island, where they found 1,951kg of cannabis resin hidden in a secret compartment in its fishing hold. Estimating the haul to have a street value of US$102 million, HMAS Melbourne’s Commander Brian Schlegel said its seizure would help stop funds going to extremist groups that relied on illegal drug shipments for income.

“The 62 bags contain cannabis resin bricks, almost 4,000 bricks in total. Each brick is more than enough to buy an AK-47 or IED (improvised explosive device) components,” said Schlegel. “Removing the funding that flows from the sale of these drugs has a direct impact on a terrorist organisation’s ability to buy weapons in the future.” The HMAS Melbourne is in the Indian Ocean on global anti-piracy operations and has intercepted nine suspected pirate vessels since leaving Australia in August 2013. During its mission, it has seized 543kg of heroin estimated to be worth in excess of $1 billion, including a 353kg bust off the coast of Tanzania earlier this month.