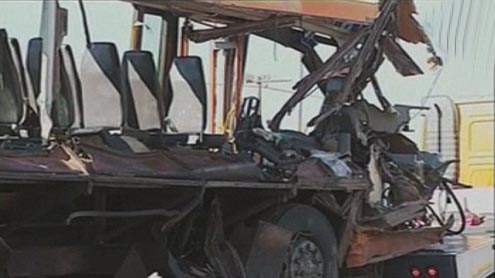 Government officials say a truck driver was also killed in the accident early Thursday, which happened after a grocery truck collided with the vehicle carrying the cartridges.

The vehicle caught fire and the cartridges exploded after police arrived on the scene. The accident occurred near Mokopane town in Limpopo, a northern province. Top police officials headed to the scene. Blasting cartridges can be used to break rock in mining operations.  Dwan