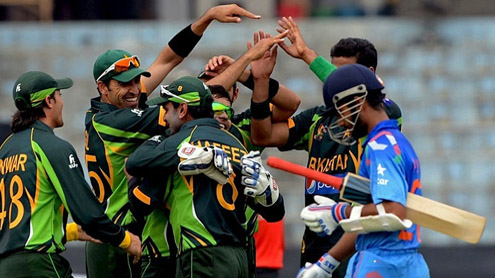 Lawson, who was in charge of the Pakistan team between 2007-2008, said conditions in Bangladesh were ideally suited to both sides as was evident from their performances in the recently concluded Asia Cup. The two rivals meet on March 21 in what is being termed as the ‘real’ curtain- raiser for this year’s World T20.

“India and Pakistan will be playing on slow paced and low-bounce pitches and as such they may start as the two most likely to play in the final once again. Pakistan have the spin king in Saeed Ajmal and the the all-round talents of Mohammed Hafeez and Shoaib Malik and the inimitable Shahid Afridi. That’s plenty of slow bowling on their preferred surface,” Lawson wrote in his column for Al Jazeera.

For the talented Pakistan team, the challenge essentially will be to curb their tendency to implode if they are to repeat their 2009 World Twenty triumph. Mohammad Hafeez’s men take on Australia, defending champs West Indies and a qualifier after their clash against India in what is perhaps the tougher of the two groups at the World T20.

A new Wave of Terror in afghanistan! Will Karzi again Accused Pakistan ??

A new Wave of Terror in afghanistan! Will Karzi again Accused Pakistan ??