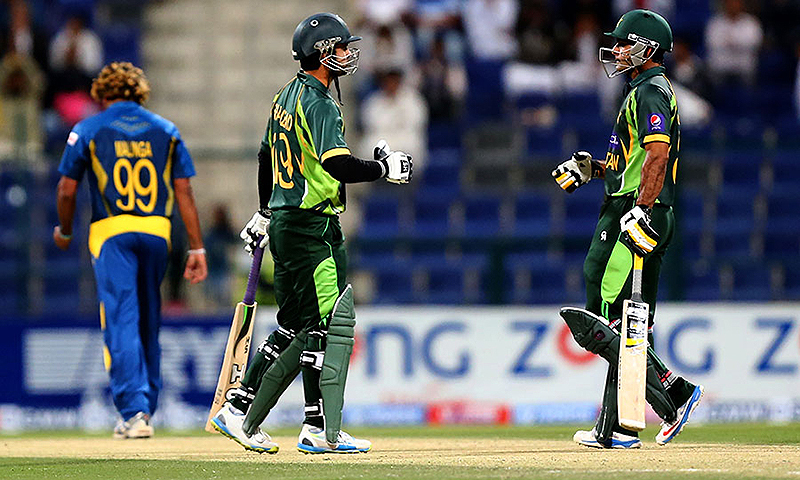 Pakistan will face off against Sri Lanka in two Tests and three ODIs in August, officials from Pakistan Cricket Board (PCB) and Sri Lanka Cricket (SLC) confirmed just a day after the International Cricket Council (ICC) Board meeting. According to Cricinfo, while there has been a loose agreement on the series in Sri Lanka, tour dates have not been confirmed. With these Tests, both Sri Lanka and Pakistan will bring their 2014 tally to nine Tests, provided all everything goes according to schedule. Pakistan have no assignment before their series against Australia in October when they play two Tests, three one-days and one Twenty20 in the United Arab Emirates before hosting New Zealand shortly after.

In a statement released to the media following the conclusion of the ICC Board Meeting in Dubai on Thursday, the PCB said it had agreed to the revised ICC resolutions only on the conditions that it would get bilateral series with all members from 2015-2023. “We had completed the discussion, consultation and negotiation phase with regard to the revised resolutions.

It was important for us to get assurances on bilateral cricket with all Boards, especially India, which we have now received. The detailed Future Tour Programs (FTP) are now being finalised with all, especially India,” PCB chairman Najam Sethi said. Sethi clarified that Pakistan had decided to change its stance after “the resolutions have been diluted considerably from when these were first presented, and are now unobjectionable.” -Dawn