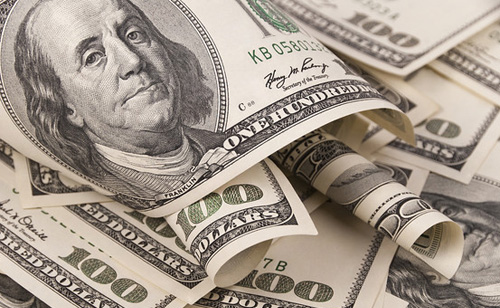 The US dollar held steady in quiet Asian trade Tuesday, holding on to advances against the yen enjoyed in New York, but investors are tracking events in Ukraine as diplomats try to avert a civil war in the country. The dollar fetched 102.13 yen in Singapore morning trade compared with 102.14 yen in New York late Monday. The euro bought $1.3876 against $1.3874.Analysts said trading was subdued with financial markets in Japan, South Korea and Hong Kong closed for public holidays.

The greenback edged up in US trade, helped by data showing activity in the US services sector, which accounts for the bulk of economic activity, rose more than expected in April. And Max Ho, new business consultant at CMC Markets in Singapore, said the unit was retaining support due to its safe-haven status in the face of “the looming threat of full-scale intervention in Ukraine by Russia”.

Ukraine´s military suffered heavy casualties in a stepped up offensive against pro-Russian rebels Monday, as Europe and the head of the United Nations made a last-ditch diplomatic effort to reel the country back from disaster. Speaking exclusively to in Abu Dhabi, UN chief Ban Ki-moon offered “to provide my own role if necessary” before the crisis “spins out of control and creates huge consequences beyond anybody´s control”. European leaders, fearing all-out civil war on their eastern flank, have also launched a new peace bid, urging Ukraine and Russia to find a negotiated solution. –thenews