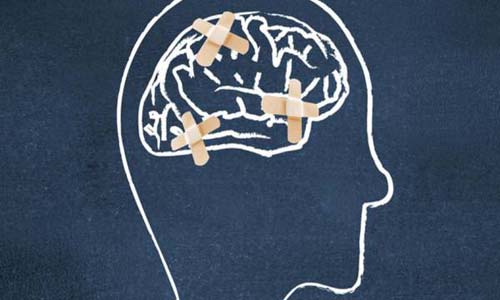 People who don’t know they have health problems rate their own health as good, according to a new study, but their self-image worsens when they’re aware of their diagnosis. Based on a large population survey in Norway, the authors say that increased use of screenings, more sensitive tests and widening diagnostic criteria may cause unexpected harm because poor self-rated health is tied to a greater risk of death.

Although early detection of disease can be important for treatment, the authors write in the journal BMJ Open, “disease-labeling” may cause problems by altering a person’s perception of their own wellbeing. “We know ever more people are being labeled, owing to more screening, lower diagnostic thresholds, commercial – and non-commercial – health campaigns and so on,” Pal Jorgensen said. “Self-rated health is shown, several times, to be inversely associated with mortality.” Jorgensen, who led the new study, is a public health researcher at the Norwegian University of Science and Technology in Trondheim.

“It is also an important aspect in the increasing attention and discussion of overdiagnosis; people being labeled with disease, but where treatment does not lower mortality,” Jorgensen told Reuters Health in an email. Overdiagnosis generally refers to diagnosing and treating early or minor conditions that may never have progressed to cause a problem. This can include the controversial practice of diagnosing “pre-disease” states, such as slightly elevated blood sugar that falls short of diabetes  To gauge the effect of being diagnosed with disease on a person’s perception of their own health, Jorgensen and his colleagues analyzed data on 33,734 adults between the ages of 40 and 70 who were surveyed and medically tested in the mid-1990s in Norway. The researchers were interested in connections between how the participants answered the simple question

“How is your health at the moment?” and whether or not they were aware of having specific health conditions, including diabetes, thyroid disease and high blood pressure.  The researchers used the medical testing data to determine if people actually had any of those three conditions, and found that people with diagnosed illness were less likely to say they were in good health.  But people with undiagnosed illnesses were more likely to say their health was good than people without those illnesses. For instance, women who knew they had hypothyroidism were less likely to report good health than women without thyroid disease, but women who didn’t know they had thyroid problems were 84 percent more likely to believe they were healthy than women who didn’t have thyroid disease.

Similarly, people with undiagnosed severe hypertension were more likely to report good health compared to participants with normal blood pressure readings.  And, in general, participants who didn’t know they had diabetes or mild to moderate hypertension were just as likely as people without the disorders to believe they were in good health.  “We were surprised that many persons with disease, without knowledge about this fact, reported their self-rated health as good, sometimes even more often than healthy people,” Jorgensen said. “The fact that persons with acknowledged disease report their health as poor was not unexpected.” It’s important to note that the study relied on self-reported information, which may not be completely accurate, and that studies like this can’t prove that knowing about a health condition actually causes a person to feel they’re in poor health, the authors caution.

Equipped with Humvees, ISIL Clashes With rivals in Syria

Equipped with Humvees, ISIL Clashes With rivals in Syria