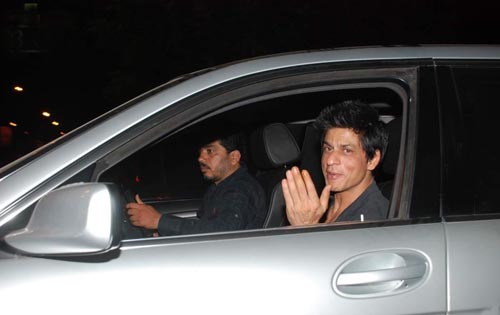 Mishra is apparently SRK’s logistics driver and has never been the actor’s personal driver, as he allegedly claimed when he introduced himself to the maid. Mishra had apparently managed to get the maid’s phone number via a friend. One report mentions a source claiming that Mishra was entrusted the job of ferrying the actor’s children between school and home.

The reports says that SRK’s driver lured this 17 year old girl who had been working at Sangeeta Bijlani’s home for the last five to six months, into getting a better work opportunity at Shah Rukh Khan’s home and took her to a lodge in Nalasopara where he allegedly raped her. When Mishra called the maid’s number, reportedly the actress herself picked up the phone and learnt of her maid’s plans to quit, and the maid was sacked after clearing her dues. Mishra then took her to Nalasopara on the pretext of helping her out with a place to stay. The Bandra police has booked him under various IPC sections. -timesofindia