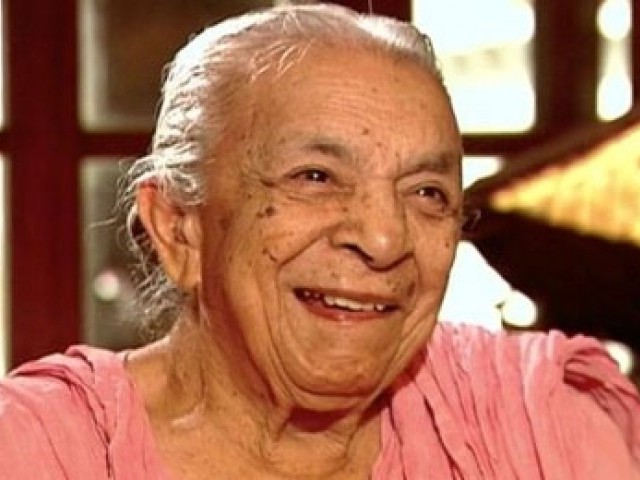 Indian actress Zohra Sehgal – described by many as the ‘Grand Old Lady of Bollywood’ – has died today (10 June ) aged 102.  Her daughter confirmed the news. “She died of a cardiac arrest this afternoon. She was unwell for last three-four days,” said Kiran Sehgal.

She will be cremated Friday 11 June at Lodhi Road crematorium, Delhi. Born on 27 April 1912, Sehgal started her career as a dancer in choreographer Uday Shankar’s troupe, performing in the USA and Japan. She went onto appear in numerous Bollywood films as a character actress, as well as English-speaking films such as Bend It Like Beckham.

Prolific & full of life, Zohra Sehgal made a mark through her acting, which is admired across generations. Saddened on her demise.

Her most famous credits include Neecha Nagar, Afsar (1946), Bhaji on the Beach (1992) and The Mystic Masseur (2001). She also acted in television series Doctor Who from 1964-1965, making her the longest-living actress to have appeared on the show and its only centenarian.

She last featured in 2007 romance film Saawariya. Sehgal received some of India’s highest awards, including the Padma Shri in 1998, the Kalidas Samman in 2001, the Sangeet Natak Akademi in 2004, in addition to the Padma Vibhushan in 2010. -independent