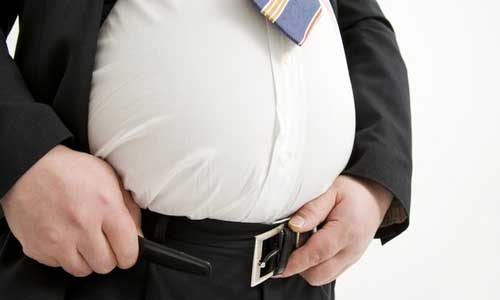 An expansion of weight loss surgery in England is being proposed to tackle an epidemic of type 2 diabetes. New draft guidelines from the National Institute of Health and Care Excellence (NICE) aim to reduce debilitating complications, which are a huge drain on NHS resources. Diabetes UK estimates 850,000 people could be eligible for surgery, but NICE expects it to be tens of thousands.

Type 2 diabetes is closely linked to lifestyle and obesity. The inability to control blood sugar levels can result in blindness, amputations and nerve damage. A mounting body of evidence suggests a gastric bypass improves symptoms in around 60% of patients. Around a tenth of NHS budgets is spent on diabetes. The surgery can cost up to £15,000 and the move by NICE has raised concerns that the NHS will not be able to afford the treatment, even if there are savings in the longer term. Current guidance says surgery is an option for people with a BMI above 35 who have other health conditions.

What is bariatric surgery?

Bariatric surgery, also known as weight loss surgery, is used as a last resort to treat people who are dangerously obese and carrying an excessive amount of body fat. This type of surgery is only available on the NHS to treat people with potentially life-threatening obesity when other treatments have not worked. Around 8,000 people a year are currently receiving the treatment.

The two most common types of weight loss surgery are:

The update in guidance strengthens the focus on those with type 2 diabetes. It explicitly states that people who have been diagnosed in the past decade and have a BMI over 35 should be assessed for surgery. The guidelines also suggests doctors should consider those with a BMI of 30 or more on a case-by-case basis. It means a man who is 6ft (1.83m) tall and weighs 18st 6lb (117kg) would be sent for an assessment, and doctors would be expected to consider sending a 5ft 5in (1.65m) woman, weighing 12st 10lb (80.7kg), as well. Diabetes UK says around 460,000 people will meet the criteria for an automatic assessment under the guidance. But the total jumps nearer to 850,000 when those with a BMI of 30 are also considered, it says.

The figures may be even higher as those of Asian descent should be considered at lower, but unspecified, BMIs. But NICE’s Prof Mark Baker, who drafted the guidelines, said it was “ridiculous” to think so many people would be operated on. He told the BBC’s website: “The first line of attack will be diet and exercise and we would expect clinicians to consider the risks and benefits of surgery for patients.” He said some would not be operated on because of age, concluding: “It would be between 5,000 and 20,000 operations a year, but we haven’t done the modelling.” And speaking to the Today programme, he said evidence showed that “relatively early bariatric surgery in the course of [overweight people’s] disease can make their diabetes much easier to manage, and in a proportion of cases actually reverse the diagnosis”.