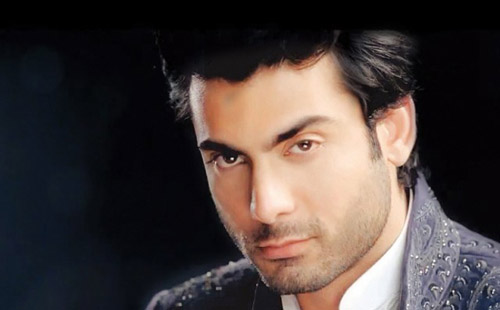 Pakistani actress Ayeza Khan who recently got engaged to another Pakistani actor Danish Taimoor thinks that Fahad Mustufa, Aijaz Aslam and Nauman Aijaz are better actors than Fawad Khan. Recently, the real-life couple was called in a chat show ‘Udham Night’ hosted by talented Faysal Qureshi where was asked to rank Pakistani actors.

According to local media reports, “In one of a segments of the show, Faisal Qureshi asked the actress to rate different actors acting out of ten. Astoundingly Ayeza Khan only gave Fawad Khan 5 out of 10. Whereas, she gave Fahad Mustafa 9.7 out of 10 as she appreciated the acting skills of actor and acclaimed to learn a lot from him in Drama industry. Shamoon Abbasi’s acting was given 7 points by her.

For Hamayun Saeed she gave 8.7 and even Aijaz Aslam according to her deserves an 8. Interestingly, Nauman Ijaz got a 10 out of 10, seems that he is her favorite actor”. ‘Pyare Afzal’ actress wasn’t seems to be biased or demoralizing the Pakistani talent. She pretty well explained the reason of placing Fawad Khan below all other actors. She said, she has never worked with the leading Khan of Pakistan nor she got the chance to watch his acting skills in many plays so she can’t make any pre-judgments. -brecorder