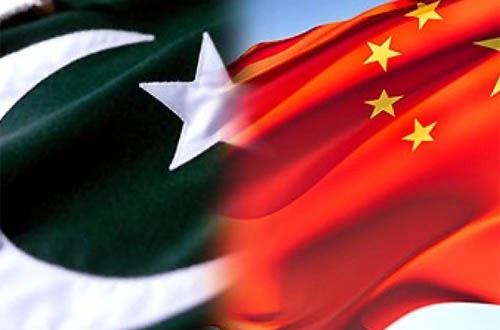 The Export-Import Bank of China on Wednesday said it was planning to invest billions of dollars in upcoming development projects in Pakistan, especially in the energy sector and the China-Pakistan Economic Corridor. “Pakistan is the largest client in our overseas operations.

We have already made a $3.6 billion support to Pakistan in terms of concessional loans and export service credits,” Deputy General Manager Lei Wentao told a group of visiting Pakistani journalists at a briefing at the bank’s headquarters. Wentao said that his bank started working with Pakistan’s government in year 2002 and has contributed a lot since then in the infrastructure development and socio-economic growth of the people. He said the bank not only provides loans to Pakistani government but also encourages Chinese companies through credit financing to invest in Pakistan.

He said bank’s 90% investments in Pakistan are in energy sector. Besides, the bank is also involved in construction of expressways and other projects related to enhancing physical connectivity between the two countries, he said. “Our investments in Pakistan have not only contributed to socio-economic growth of the people but have also played an important role in cementing the bilateral relations,” he said, and added that their focus is to invest in prime projects in Pakistan under a long-term strategy. Wentao said the bank will sign new framework agreements with institutions in Pakistan during the upcoming visit of President Xi Jinping in the middle of this month.

He said Pakistan had a very good credit history and that all the projects launched in Pakistan were running smoothly. “We never faced any major difficulties, especially in payback,” he said. He said Chinese leadership attached great importance to Pakistan and wished to actively participate in the socio-economic development of it. He said his bank was always ready to provide maximum support to Pakistan to help it overcome economic challenges, especially bringing the energy crisis to an end. To a question, he said that currently his bank worked only with the government sector in Pakistan.

“But, we are in talks with some companies to discuss possibilities of expanding our cooperation to the private sector,” he added. Wentao said his bank was anxiously waiting for feasibility study reports of several projects in Pakistan. “As soon as the government of Pakistan provides us necessary details, we will be more than willing to reach an early deal and start working on those projects.” He appreciated the current economic growth in Pakistan and said the developing Pakistani market was a great attraction for Chinese companies. “More and more companies are now willing to invest in Pakistan.” -nation