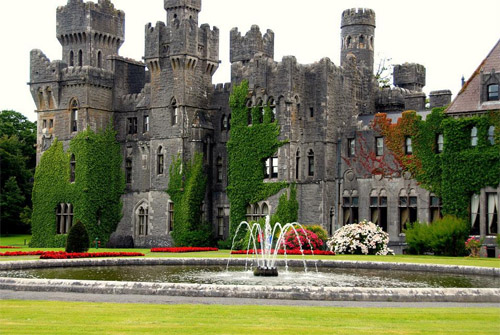 From the Alps to the Mediterranean, these frozen-in-time European villages will make you appreciate the beauty of taking it slow. Reaching some of these European beauties requires extra effort, yet the rewards are dazzling. Your eyes will thank you.

The storybook town of Hallstatt in central Austria enjoys a gorgeous setting on the bank of the Hallstätter See, between the pristine lake and a lush mountain that rises dramatically from the water’s edge. A history of salt mining dating back thousands of years has translated into enduring prosperity for the town, which is most evident in the beautiful square ringed with ivy-covered buildings.

Manarola is a small town, a frazione of the comune (municipality) of Riomaggiore, in the province of La Spezia, Liguria, northern Italy. It is the second smallest of the famous Cinque Terre towns frequented by tourists.

The hilly Cotswold region is a designated “Area of Outstanding Natural Beauty” in southwestern England, and one of its loveliest villages is Bibury, where verdant meadows abut ancient stone cottages with steep pitched roofs.

The River Coln, which bisects the village, teems with trout, but the most scenic area is Arlington Row, a lane of sepia-hued cottages built in the 17th century to house weavers from the nearby Arlington Mill.

French and German influences commingle in this well-preserved Alsatian village, where local bakeries sell both croissants and kugelhopf, and restaurants specialize in foie gras and sauerkraut (or choucroute). A range of architectural styles, from German Gothic to French Neo-Baroque, can be spotted in the old town, which was spared destruction during World War II—thanks in part to the historical beauty of its cobblestoned lanes, quiet canals, and half-timbered houses.

North of the Arctic Circle, Reine is a pretty fishing village in the Lofoten archipelago, an area of starkly beautiful Nordic wilderness, where sapphire bays punctuate fjords and mountains. Many of the bright red fishermen’s cabins (called rorbuer) have been converted into comfortable cottages for visitors that offer direct access to the Norwegian Sea. Settle in for a front-row view of the night sky and its mesmerizing entertainment, from summer’s midnight sun to winter’s northern lights.

The buses and cruises that stop along Croatia’s sunny Dalmatian coast unleash tourists eager to experience the charms of Dubrovnik and the ancient island village of Hvar. Fewer visitors find their way to Pučiśća on the island of Brač. The reward is a seaside village with outsize appeal:

white-stone villas with terracotta roofs, narrow cobblestoned alleys, and a stone-paved square. Bask in its relative solitude and the many prime spots for swimming in the turquoise Adriatic Sea.

Residents of Telč, a small town in south Moravia, were once quite competitive about the beauty of their homes, as is evident today on the elongated main square, where one building is lovelier than the next. The Baroque- and Renaissance-style façades, featuring high gables painted in pale pastels, now support small shops and cafés. A grand Renaissance-era château and large fish-filled ponds surround the square.

Encircled by streams, the picturesque village of Cong straddles the border between County Mayo and Galway—a region of lakes and vibrantly green meadows dotted with grazing sheep. Cong counts numerous stone bridges, the ruins of a medieval abbey, the occasional thatched-roof cottage, and Ashford Castle, a grand Victorian estate that has been converted into a romantic luxury hotel.

Gruyères is famous for its namesake cheese, whose mild, nutty flavor melts so well in fondue. But few are familiar with the town itself, a medieval hamlet in the upper valley of the Saane River in western Switzerland. A wide, stone-paved street leads up to the magnificent 13th-century Gruyères Castle, with its imposing fortifications and expansive views of the surrounding Alpine foothills.

This small Alpine town in northwestern Slovenia rings the shore of Lake Bled, whose glacial blue waters surround a tiny island and its small Baroque church. After a two-hour stroll around the lake, hike to the medieval hilltop castle for panoramic views or recharge with a slice of the local specialty: kremšnita, a sugar-topped pastry filled with cream and custard that has been served for decades at the Hotel Park. -earthtraveling